Alastair Proud was born and educated in Dublin. As a boy, Alastair showed an interest in the natural world and painting; A.W.Seaby was an artist whose work he admired greatly in his formative years. Moving to the UK after his schooling he attended art college in Wales, leaving in 1978 to earn a living as an artist. While in his first year at art college he submitted work and was accepted for the Society of Wildlife Artist’s annual exhibition, his work was admired by the then president of the society, Sir Peter Scott. Alastair has exhibited with the society annually since then becoming a full member in 1986.

Alastair’s paintings have been used to illustrate books and magazine articles, he exhibits regularly here and in the States and has many painting in private collections here and abroad. He prefers to use oil paints for finished work but watercolours in the field. He lives in West Wales where the Pembrokeshire coast and islands are a constant inspiration to his work, whereas the love of the Scottish Highlands can be seen in his mountain paintings.

Images from around this site by Alastair: 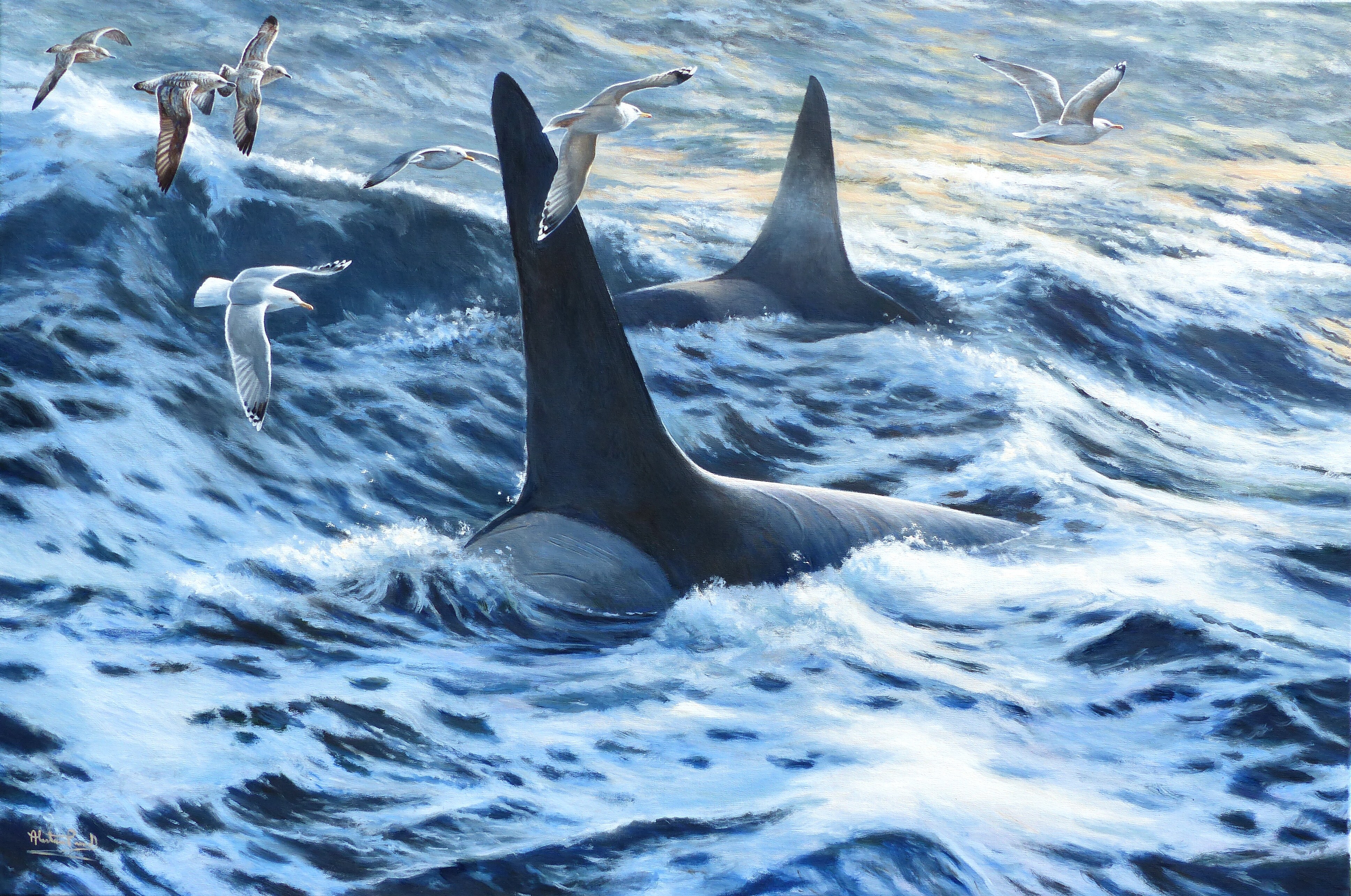