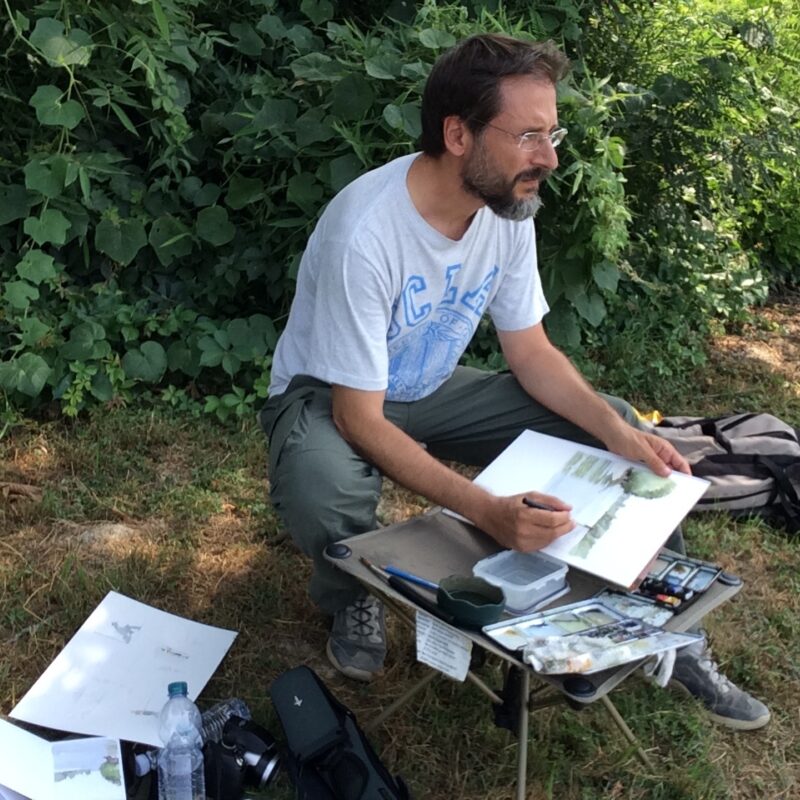 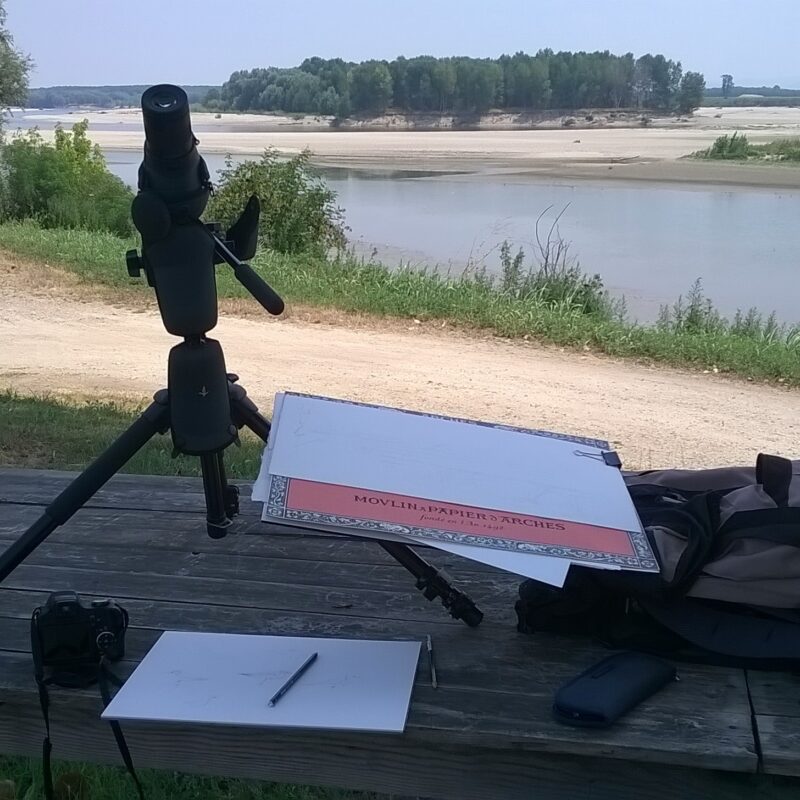 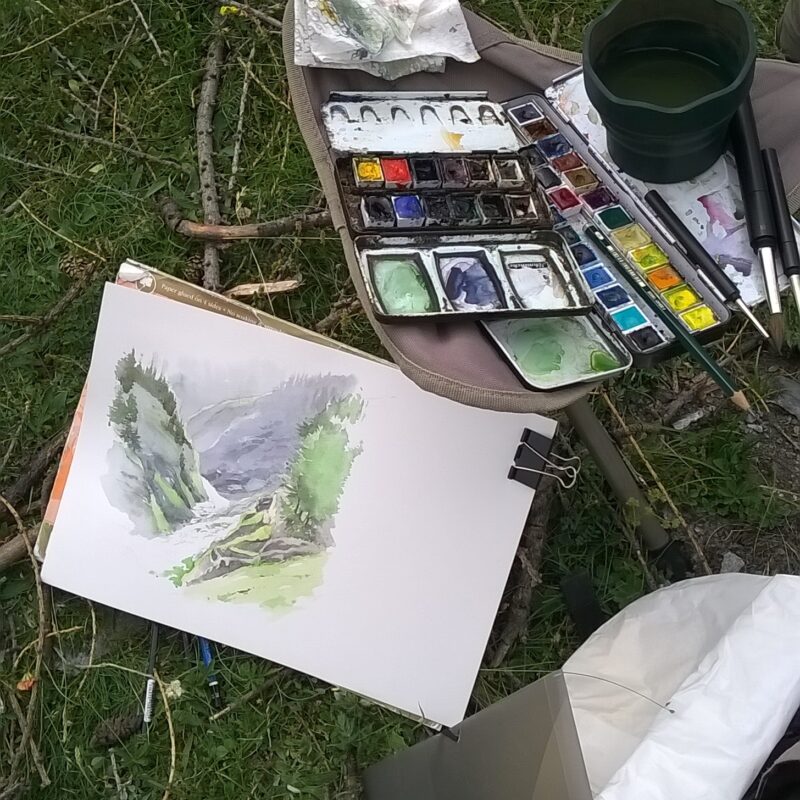 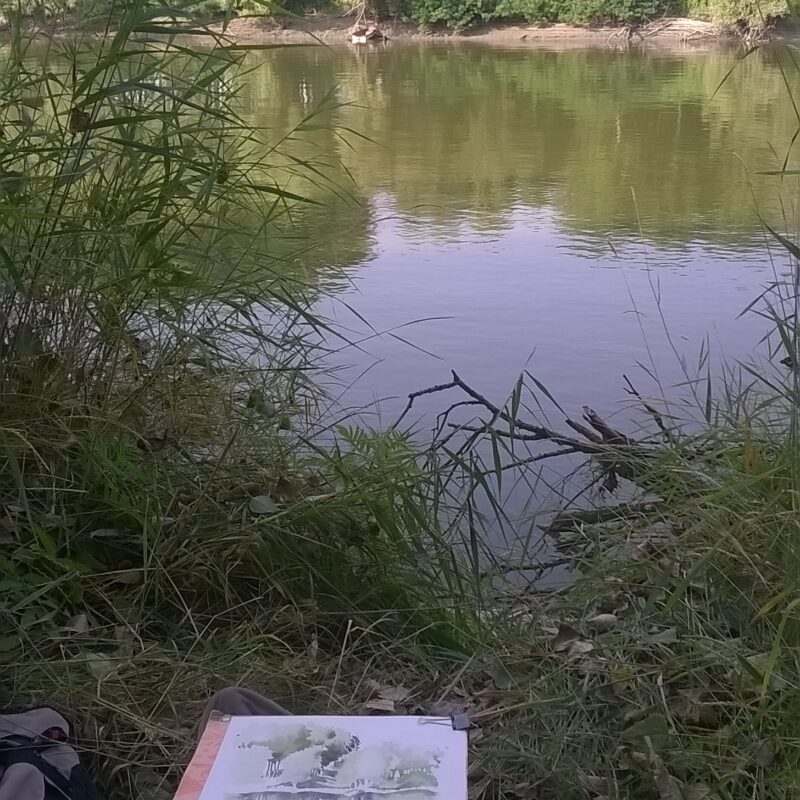 Federico Gemma drawing and painting in the River Po watershed

We visit the sites during the early morning and again in the evening, at sunset. It is the best time, the time when Cuckoos are at their most active. In Italy, July is the hottest month and this year the humidity and heat is terrible. The mosquitoes are relentless. The habitat in each area where we are looking for Cuckoos is very similar. Dominated by mature poplar forest and willows, close to the river, the deep green, in all its nuances, is the dominant colour and I find it in all my sketches. Information from the BTO’s satellite tags, shapes the sites we visit, though it is not always easy on the ground to spot the exact places where the Cuckoos have been. Once we are certain that we are in the right place, Chris plays the Cuckoo call. In a few seconds one Cuckoo appears out of nowhere; approaches, perches and then watches. We have just enough time to spot it with our binoculars before it flies away. This scene is repeated many times as we move along the great river. Every time, seeing the Cuckoo respond triggers the same emotion... 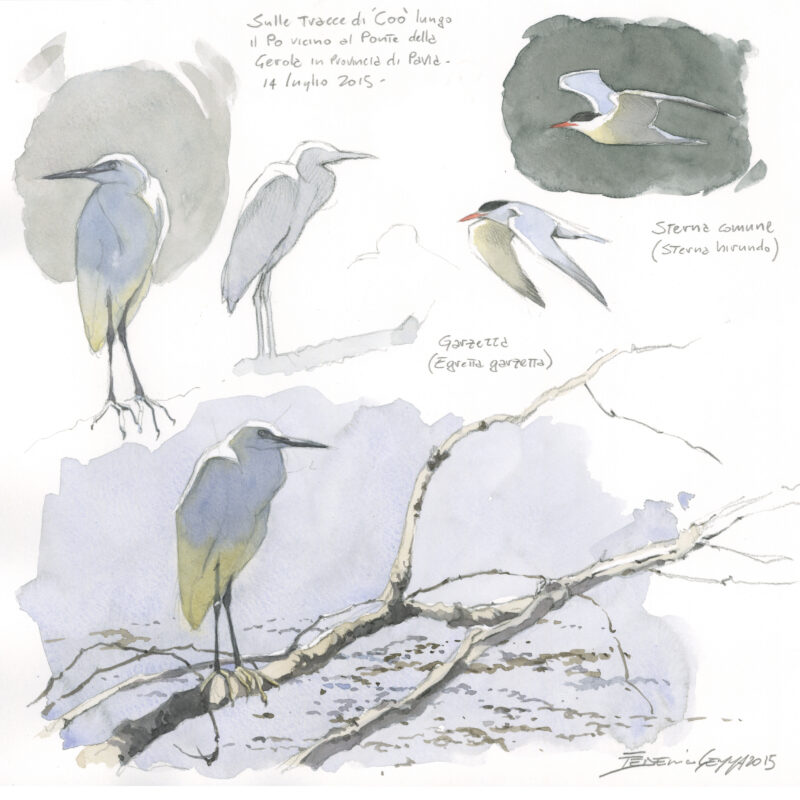 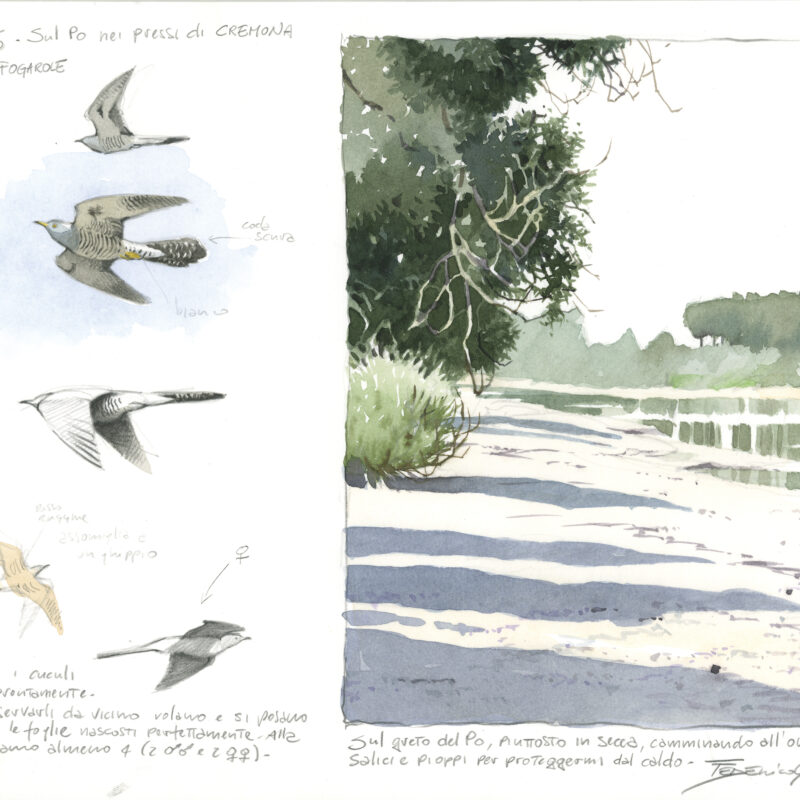 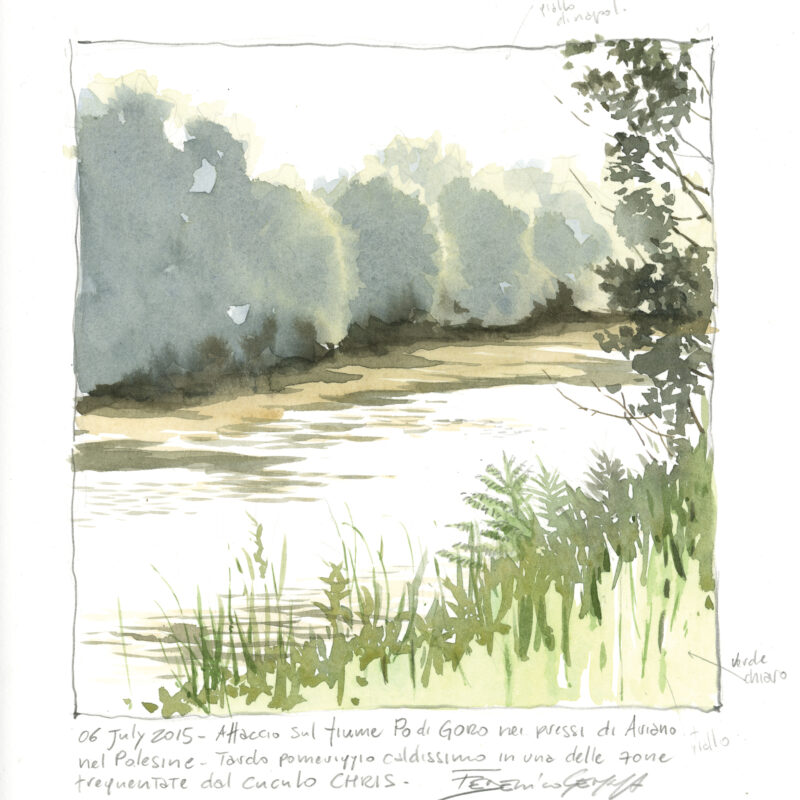 A selection of Federico Gemma's artwork from the residency

The Po watershed and surrounding areas used by our Cuckoos on their migration experienced severe drought this summer, potentially impacting on the onwards migration of our birds as they attempted a crossing of the Sahara Desert. Understanding the feeding opportunities available to our Cuckoos within the Po watershed, and at other ​‘stop-over’ sites elsewhere within Europe, adds to our knowledge of Cuckoo migration. The sites used by Cuckoos to break their migratory journey and refuel are likely to be important, and may even determine whether or not a bird is successful in its migration.