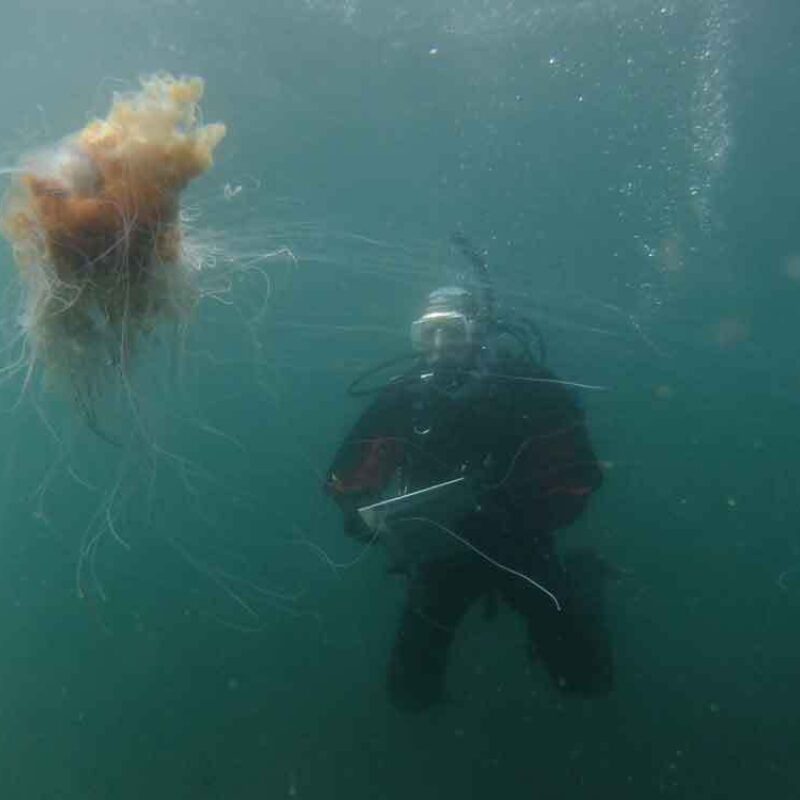 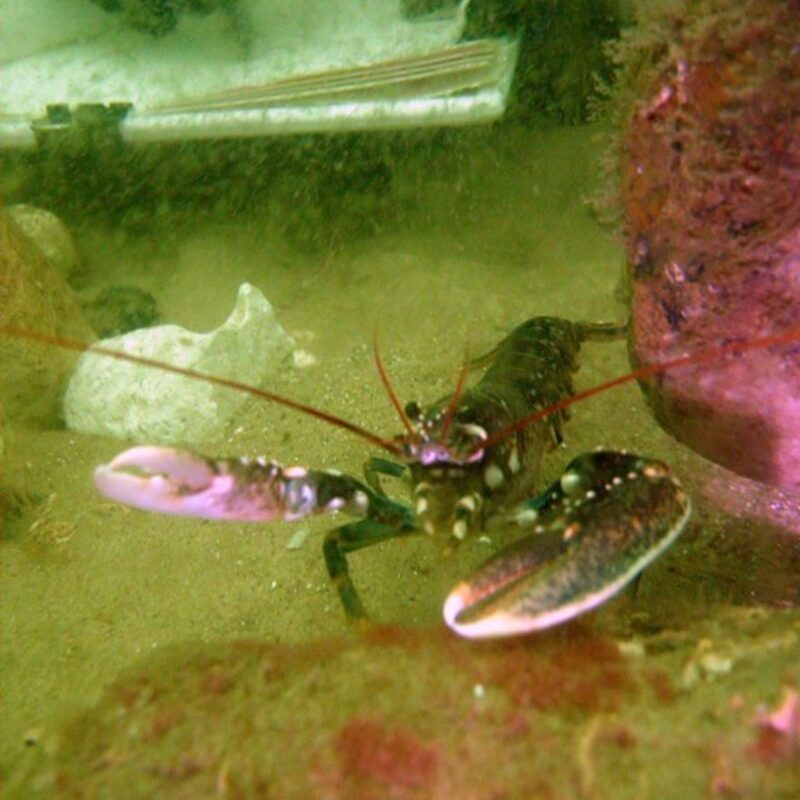 The Wildlife Trust Undersea Art Award, 2012 — 2016, is part of The Wildlife Trusts’ Living Seas’ initiative — a five-year plan to try to reverse the severe degradation that the UK’s marine environment has suffered through neglect and over-exploitation in recent decades. Art and conservation have worked together very successfully in the past and with this award, The WT Wildlife Trusts hope to raise awareness of the fantastic wealth of species that can be seen under the waves and the need for conservation action, through the medium of art.

The award was open to any artist with a passion for nature who wanted to find out more about the astonishingly varied submerged landscapes around UK shores. The successful applicants had a selection of their resulting work shown at the annual exhibition and their experiences and art were used to publicise the plight of our marine habitats and the need for protected areas.

Over the course of the programme, the diving bursary was awarded to the following artists: Kim Atkinson, Antonia Phillips, Anna Kirk-Smith, Esther Tyson, Harriet Mead, Chris Rose and Darren Woodhead. A selection of quotes and artwork from these artists is featured below.

The weather is unsettled, cloudy, wet, not much wind. We’re at the top of a shingle beach round the corner from the main harbour at Holyhead. A Black Guillemot flies across the harbour, one of the colony breeding in the holes in the harbour wall. Martin outlines the dive; we tack up, with semi-dry suits, hoods, gloves and weight-belts making us extra-ungainly. It’s good to get waist-deep, put on the fins and swim out a bit. Cold water trickles in here and there … Down we go. Not great visibility, but it is a revelation to be gliding above rocks covered by wrack. There are Hermit Crabs in Winkle shells; a Velvet Swimming Crab, which I’ve only seen dead in lobster pots … suddenly a Pipefish appears, russet, quivering at the side of Martin’s mask.

I can begin to see the fascination of sea diving. In the afternoon session, on the surface I get a feeling of total breathlessness bordering on panic … more than disheartening and not a good note to end on. It doesn’t bode well for tomorrow’s dives which are in a flooded quarry at the foot of Snowdon … 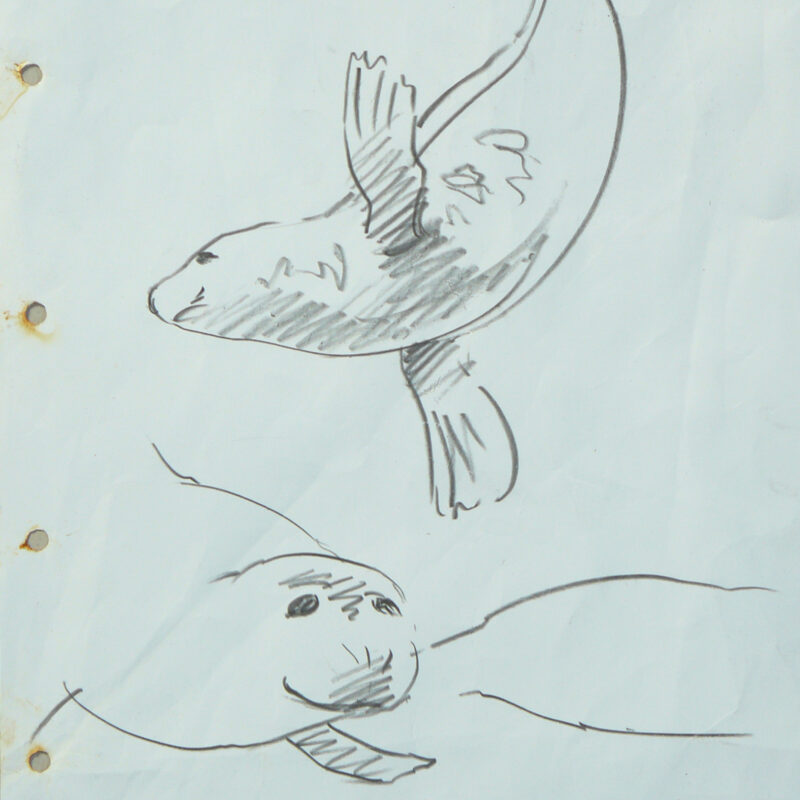 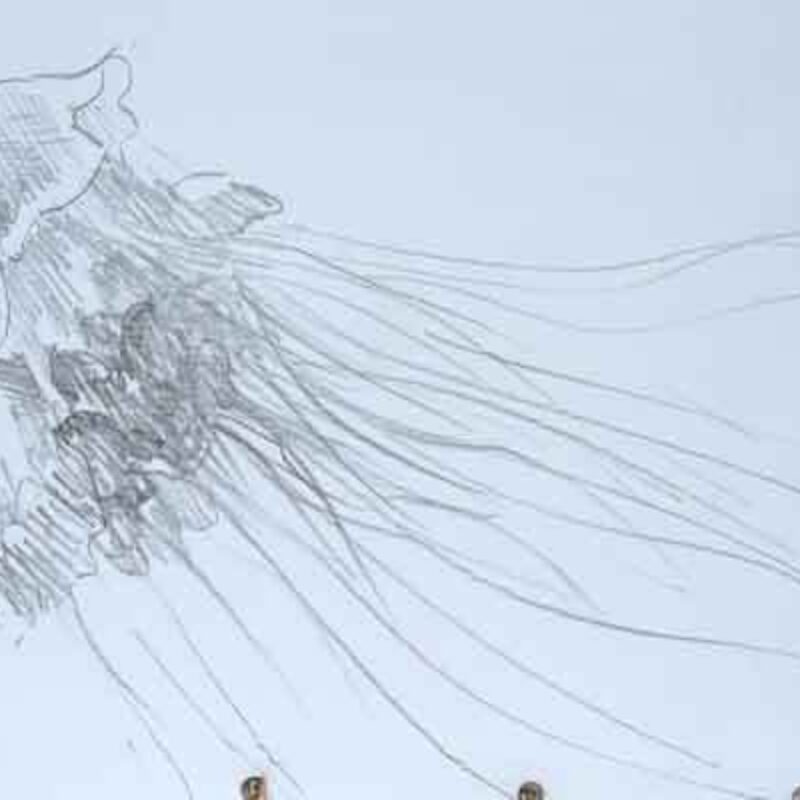 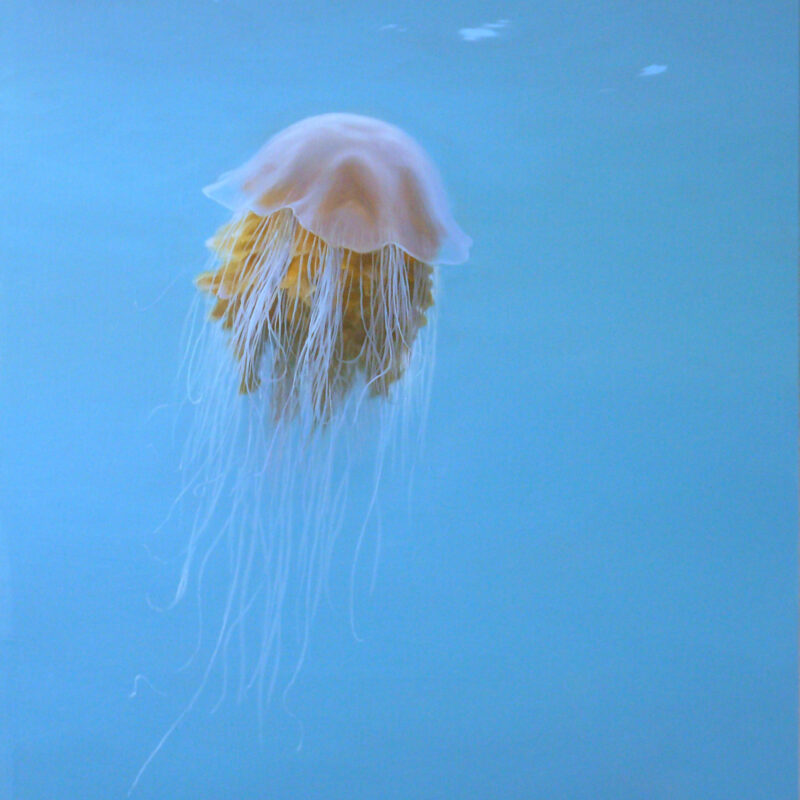 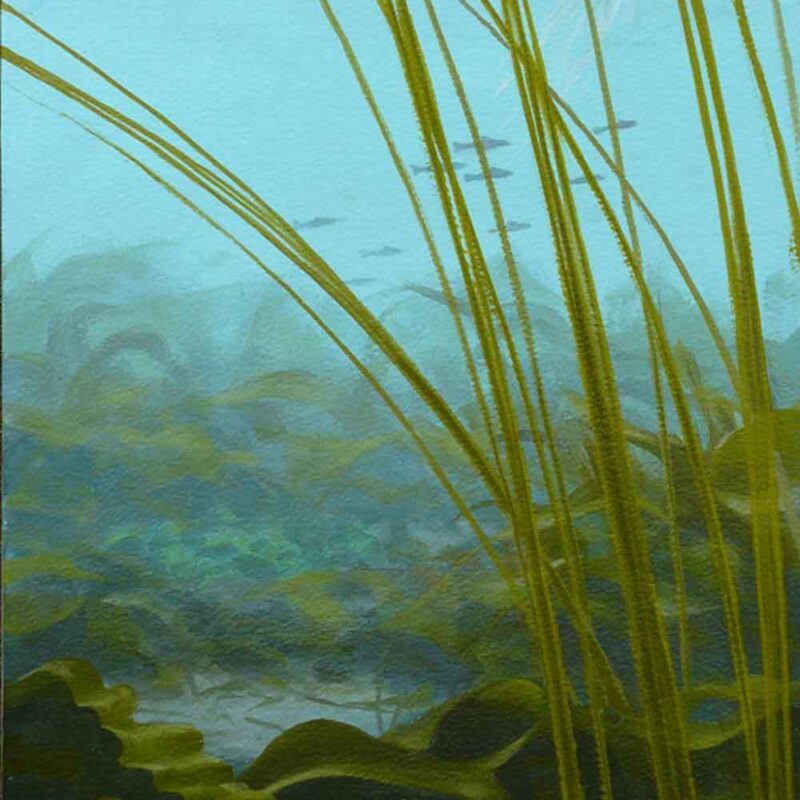 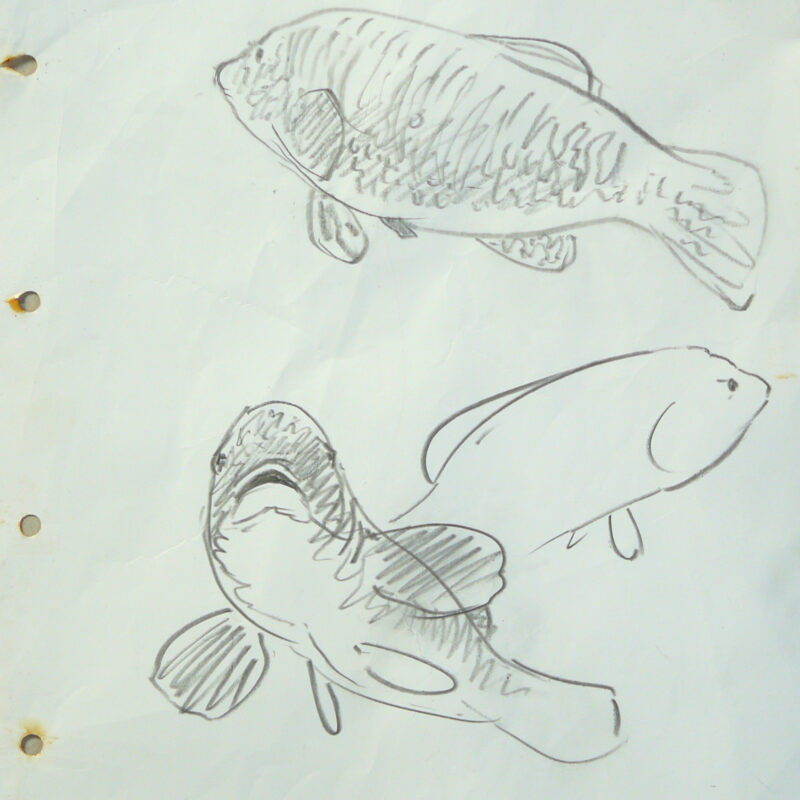 A selection of Chris Rose's artwork from the award

I’ve loved snorkelling since age ten and, as a child enthralled by Jacques Cousteau on television, learning to scuba dive was a life-long ambition. I was thrilled, therefore, to be given the Wildlife Trusts’ Undersea Art Award this year, which has not only allowed me to fulfil my diving ambition but has allowed me to explore the underwater environment artistically. I am fascinated by water; most of my recent paintings feature water in some form, but only from above the surface. Now I had the chance to tackle water from an entirely different perspective.

The area I have chosen to dive and paint is a recommended Marine Conservation Zone (rMCZ) along the Northumberland coast, broadly between St Mary's Island just north of Newcastle and Coquet island near Amble to the north... By diving this area and painting some of what I see I hope to encourage an appreciation of our local marine environment and to foster a genuine concern about its continued degradation. We cannot continue to treat our sea as an unlimited food basket, a playground and a rubbish dump – it is a fragile, delicately balanced ecosystem that we all rely on. With the appropriate level of protection, our coastal seas can recover but only if we act now. It will be of benefit to us all … 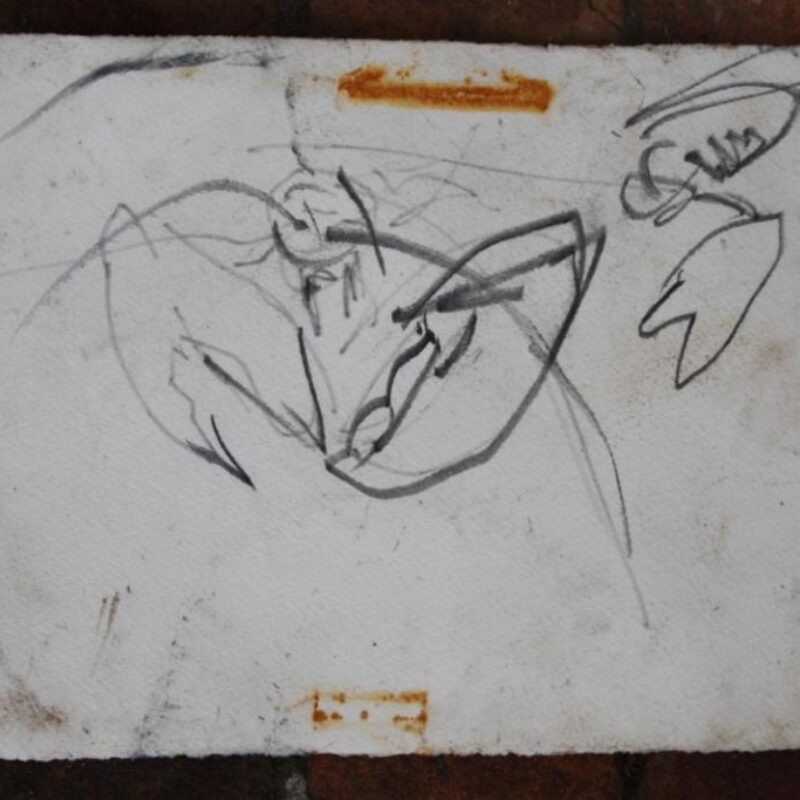 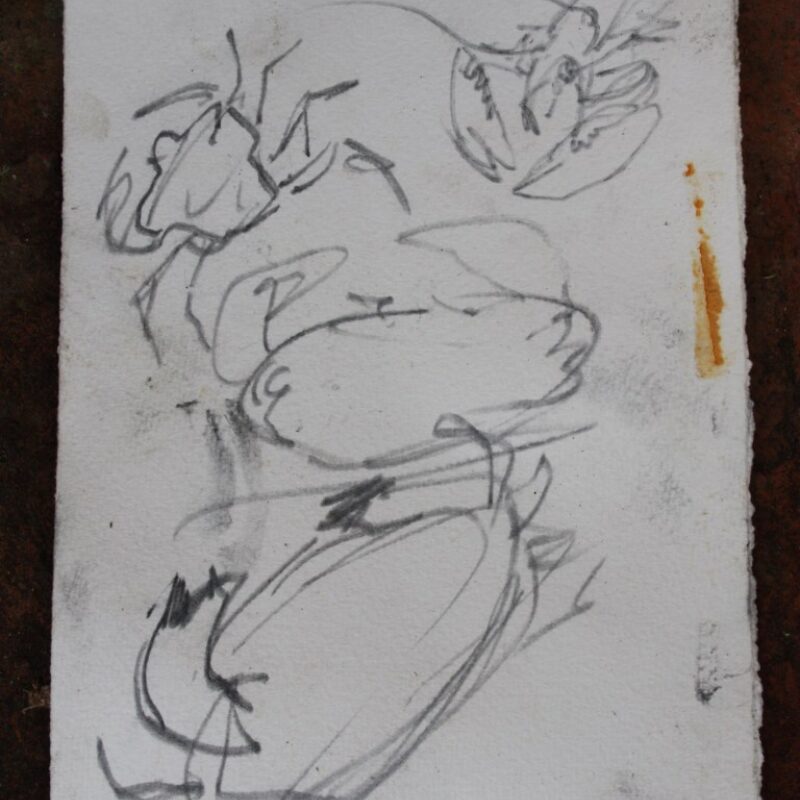 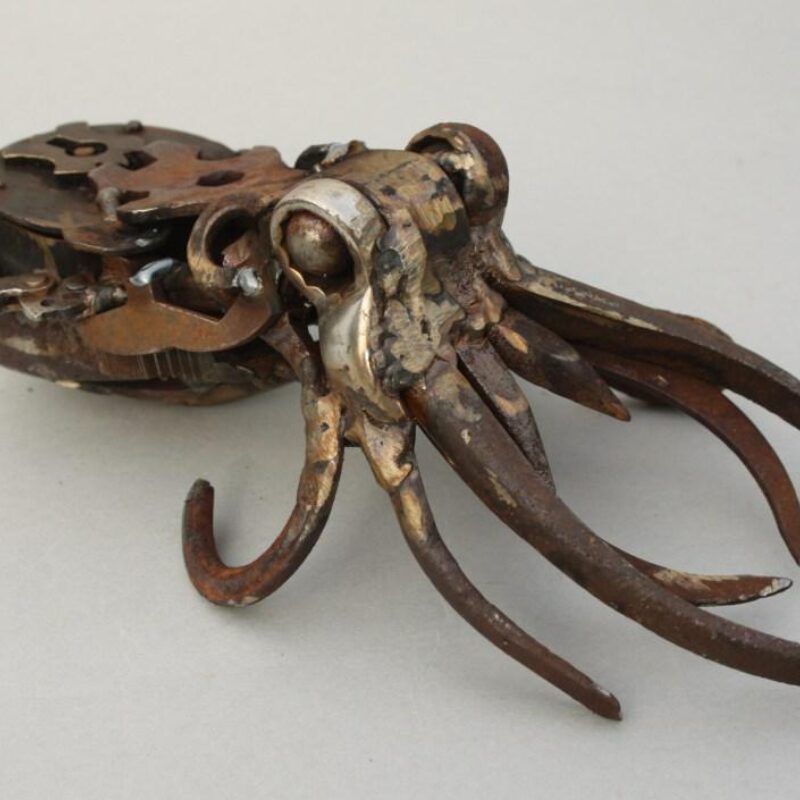 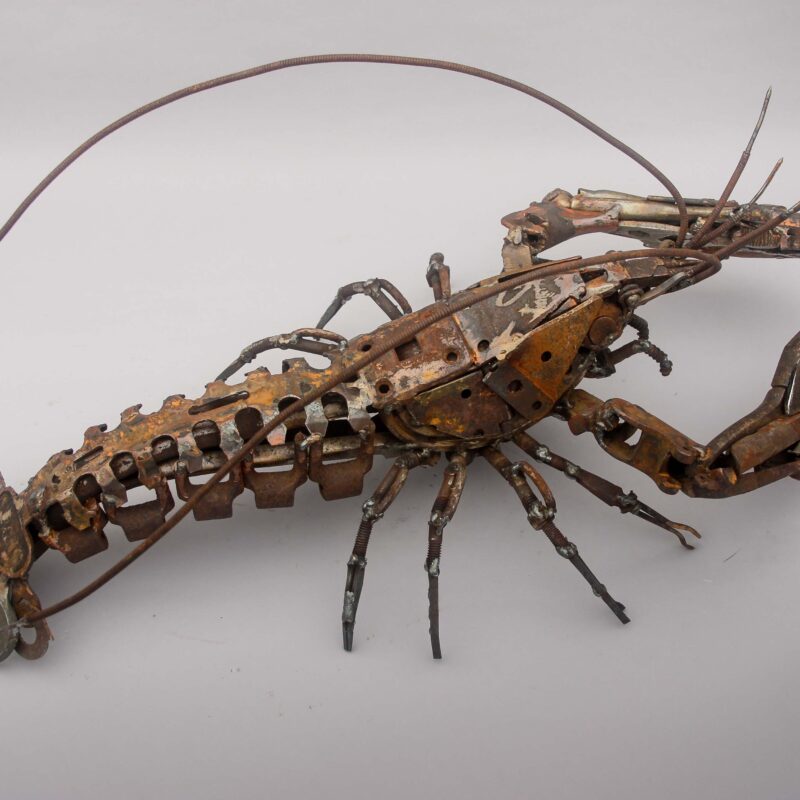 A selection of Harriet Mead's sculptures, based on her underwater experiences

The chalk shoal off the North Norfolk coast is an amazing haven for all sorts of marine life. Despite fairly poor visibility I was blessed with views of edible crab, shore crab, spider crab, lobster and shrimp. The gobies darting around on the sand were so well camouflaged they were only visible when they moved. The crabs were ever present in the gullies and cracks of the chalk reef. A small lobster braved it out with me waving its claws in defiance as it marched backwards to find shelter in the rocks. My attempts at drawing it were comical. It would be difficult enough with just the thick gloves to contend with but five metres underwater with cold hands I found the super thick watercolour paper bulldog clipped to a chopping board was not the best idea.

The second dive was on the wreck of the Rosalie and I was rewarded with the astonishing sight of walls of anemones crusting every surface of the second world war vessel. Wrasse and bib made their homes here amongst the architecture of the collapsing deck and it was easy to forget this was iron not rock that was host to this amazing mass of life... 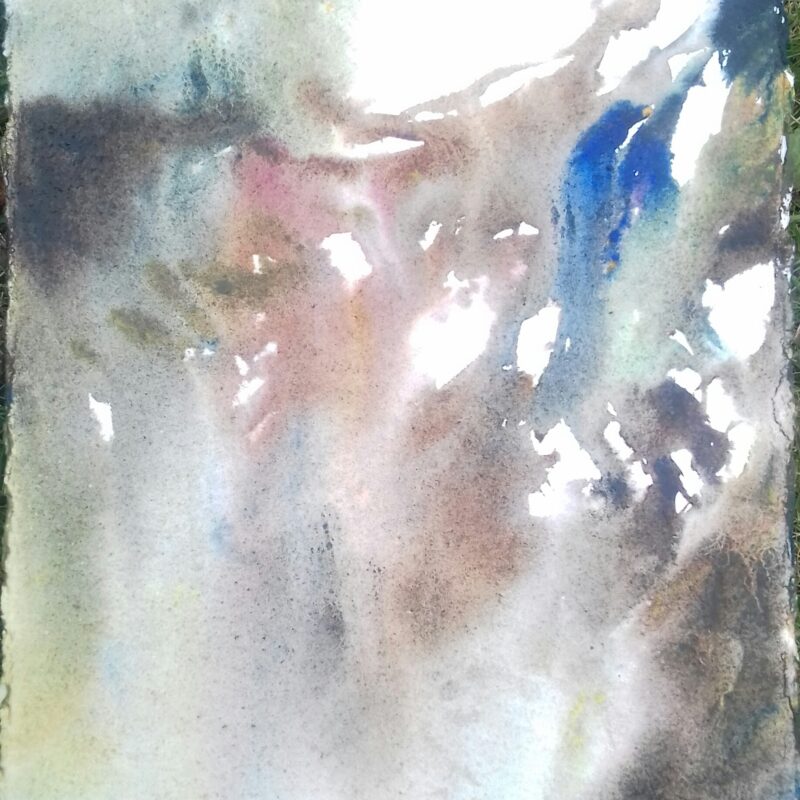 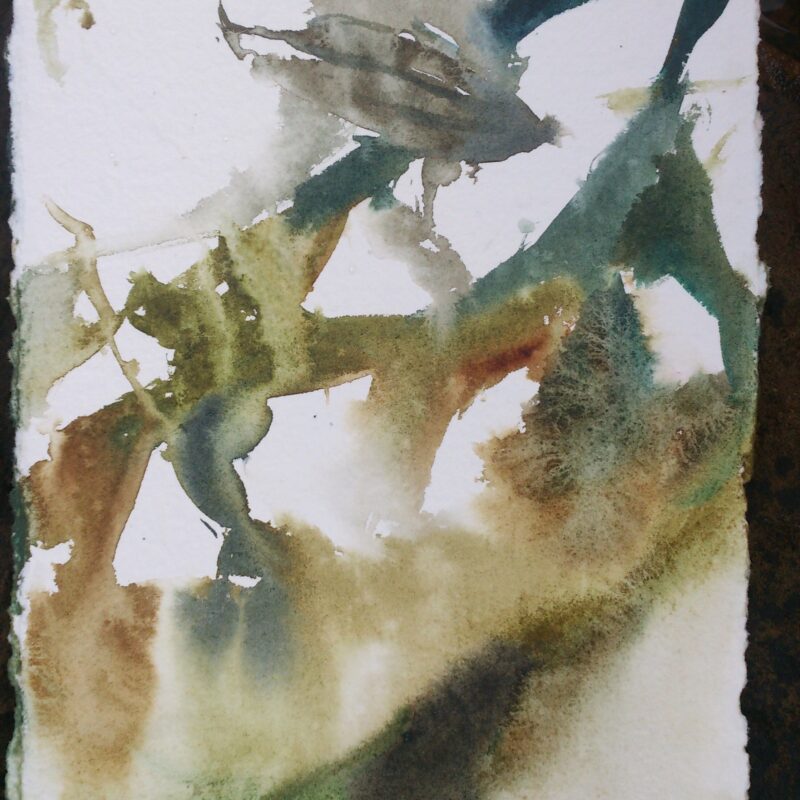 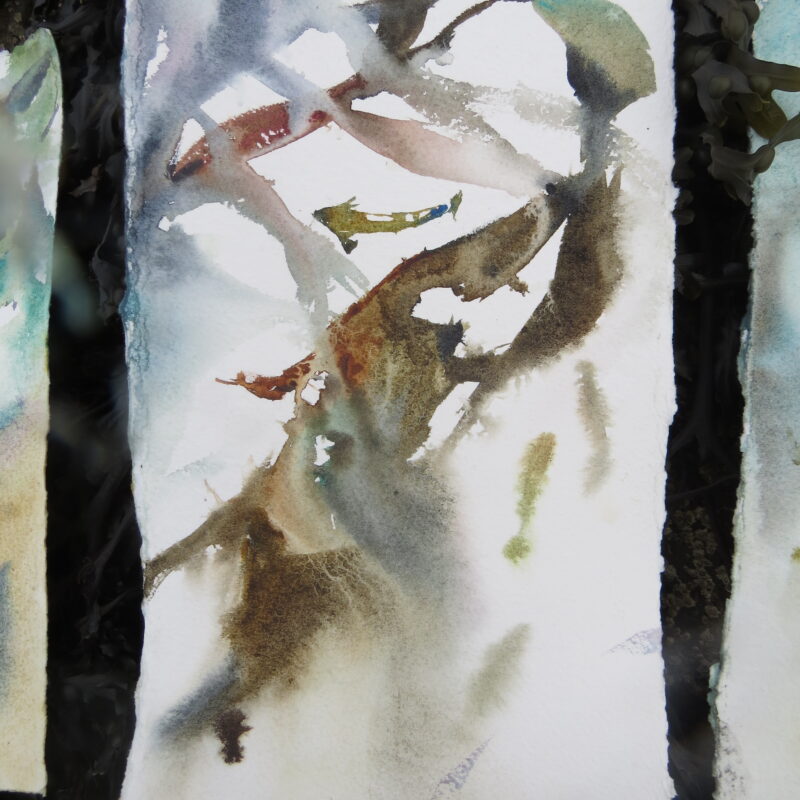 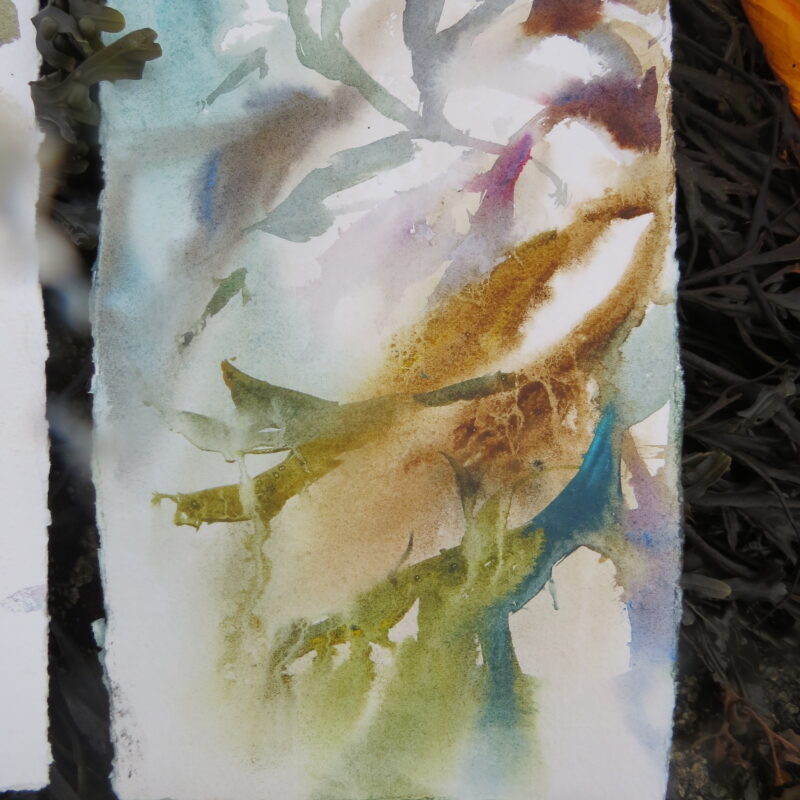 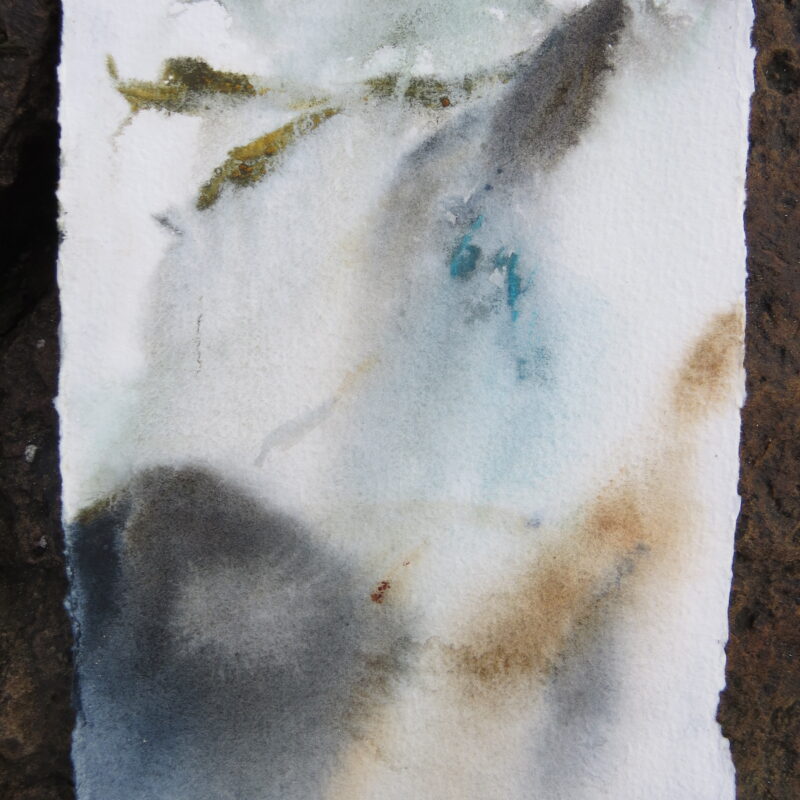 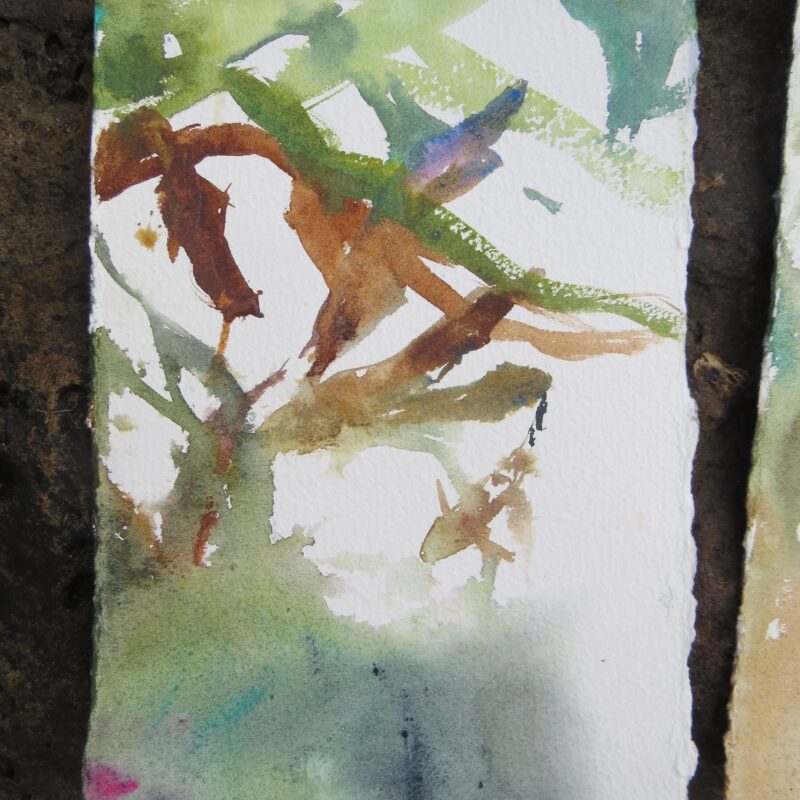 Mask firmly in place, clumsily trying to judge the size and shape of flippers on both feet, right foot first and in! This was my first swimming pool session of the Open Water training course with the Divebunker crew of Burnt Island in Fife, as the winner of the 2016 Wildlife Trusts Undersea Art Award. So much to take on board for the first session, so many new terms to comprehend but the sheer enjoyment of moving around in a quiet world of my own – fabulous. Equipment, negative buoyancy and at last ‘buddha’ in the water. The team I learnt with were great, patient, thorough and efficient, two pool sessions and I had learnt the first part of training before we headed out to the open sea for the second part.