The arrivals and departures of summer migrants, such as swallow, house martin, and cuckoo, hint at the changing seasons and deliver a sense of connection with distant lands. The BTO is looking into some of the challenges these migrants face, and working to understand why their populations are in decline. By bringing together studies here in the UK with fieldwork form Africa and new tracking technologies that follow the birds on their migratory journeys, they hope to provide the answers needed to support conservation efforts to halt these declines.

Migration provides a powerful story for wider engagement with the research needed to identify why summer migrants are being lost. We tend to think of these summer migrants as ​‘our’ birds, but most of them may only spend five or six weeks here in the summer, highlighting the need to look across national boundaries of we are to understand the causes of the declæine.

The 2014 trip to Senegal took the team of four SWLA artists — Greg Poole, Bruce Pearson, Esther Tyson, and Robert Greenhalf — together with Phil Atkinson, the BTO’s Head of International Research, to a part of West Africa where significant populations of summer migrants spend the winter. Migrant waders like turnstone, whimbrel and wood sandpiper make the use of the tidal wetlands near St Louis in the north-west of Senegal, while the world-famous Parc National des Oiseaux du Djoudj holds hundreds of thousands, if not millions, of sand martin and high numbers of sedge warbler, yellow wagtail, garganey and chiffchaff. 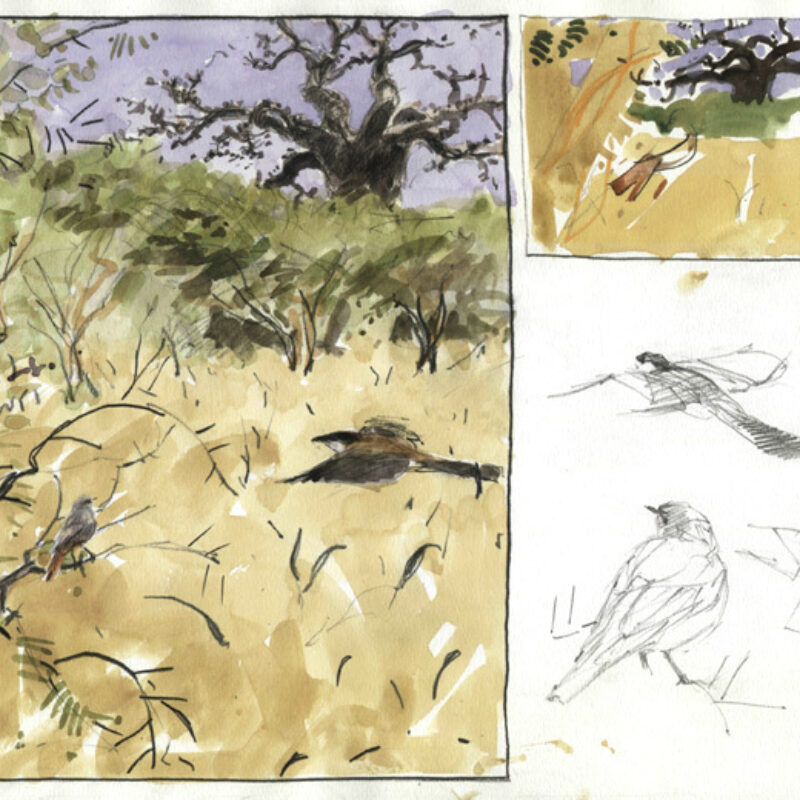 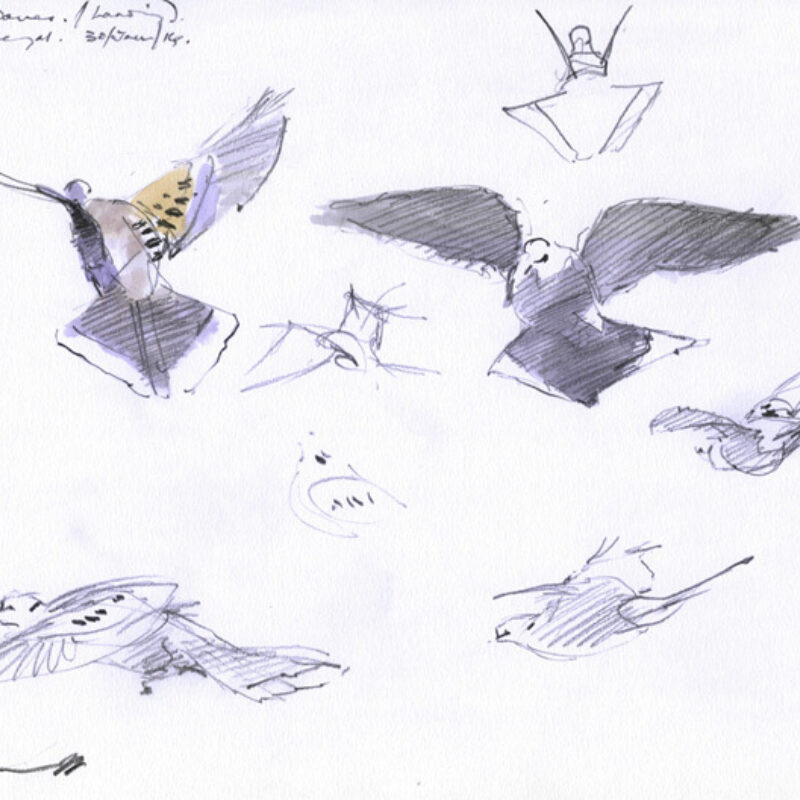 Bringing together artists and scientists delivers different perspectives on the same scene. Both artist and scientist question what they see and engage fully with the landscape and birds around them, yet they look with different eyes. While science can provide the all-important evidence upon which conservation decisions and policy can be made, it is our emotional attachment to wildlife that will ultimately drive forward conservation action. Art and science are key players in delivering effective conservation action for migrants and other wildlife.

The January 2014 trip was made possible because of the generous legacy left by Penny Hollow and the kindness of her executors. 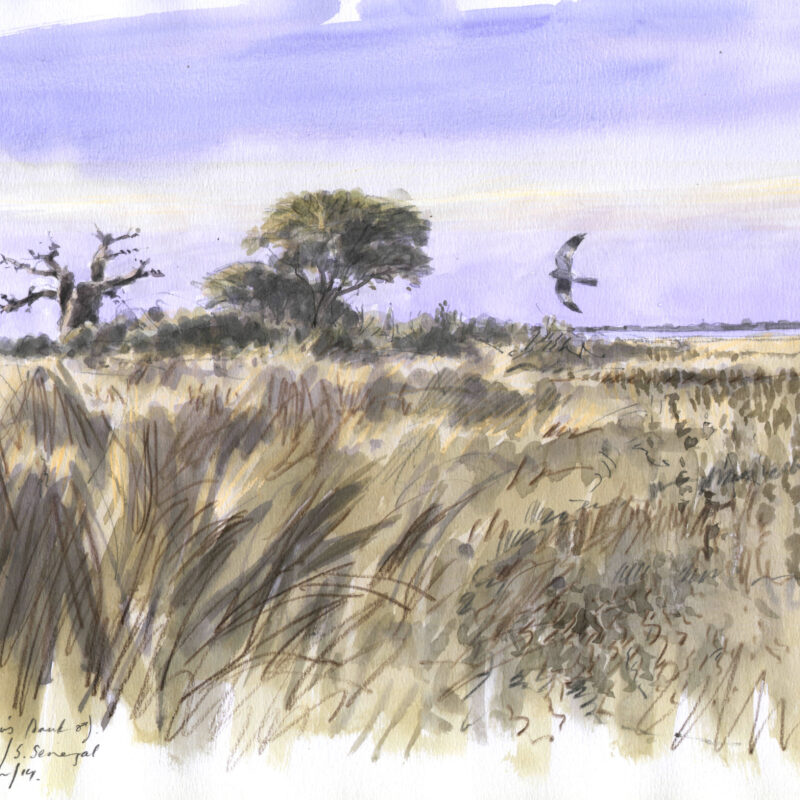 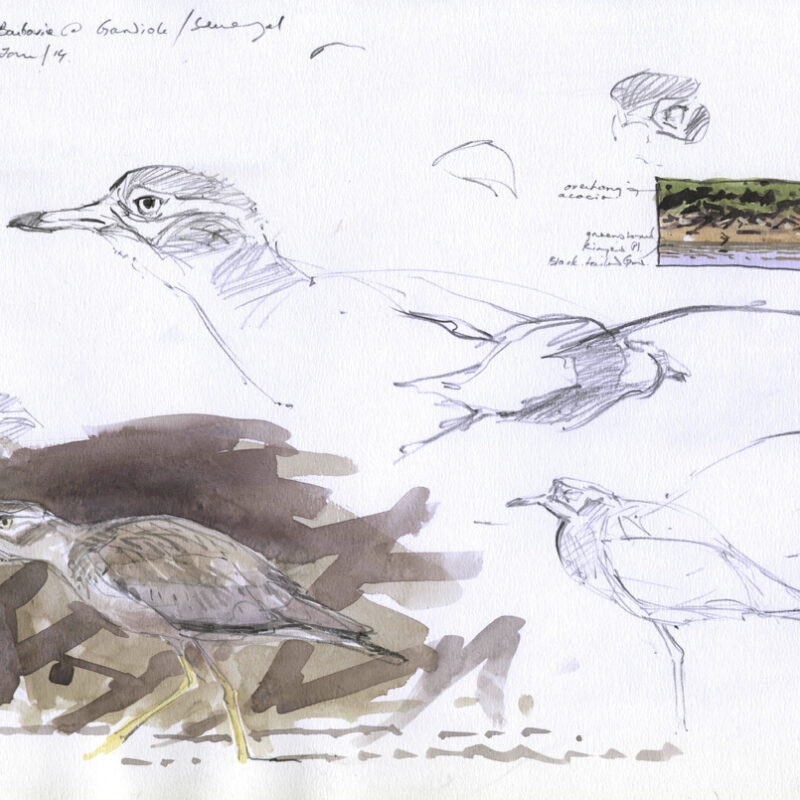 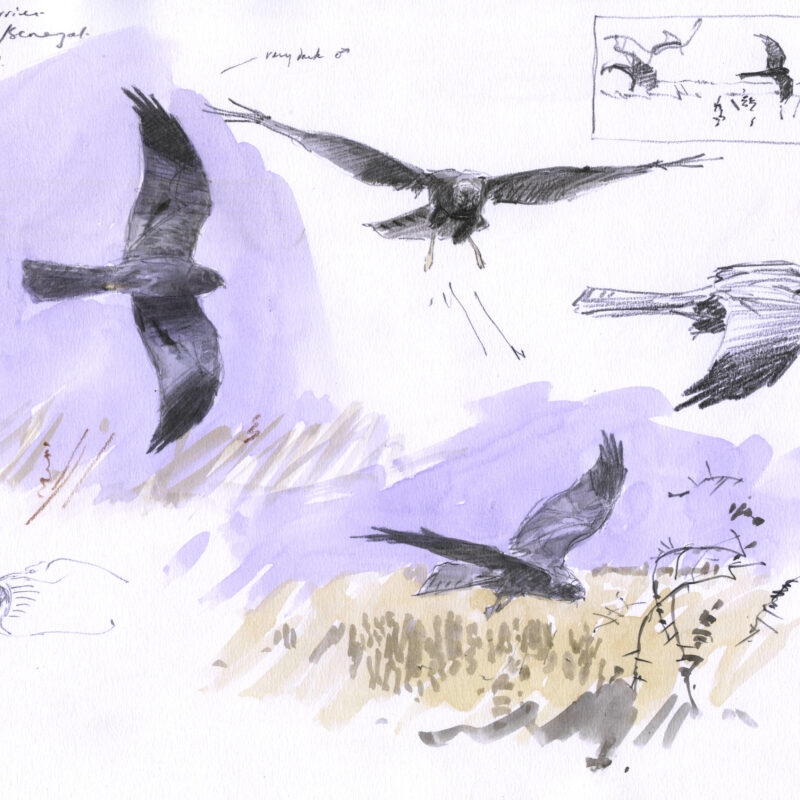 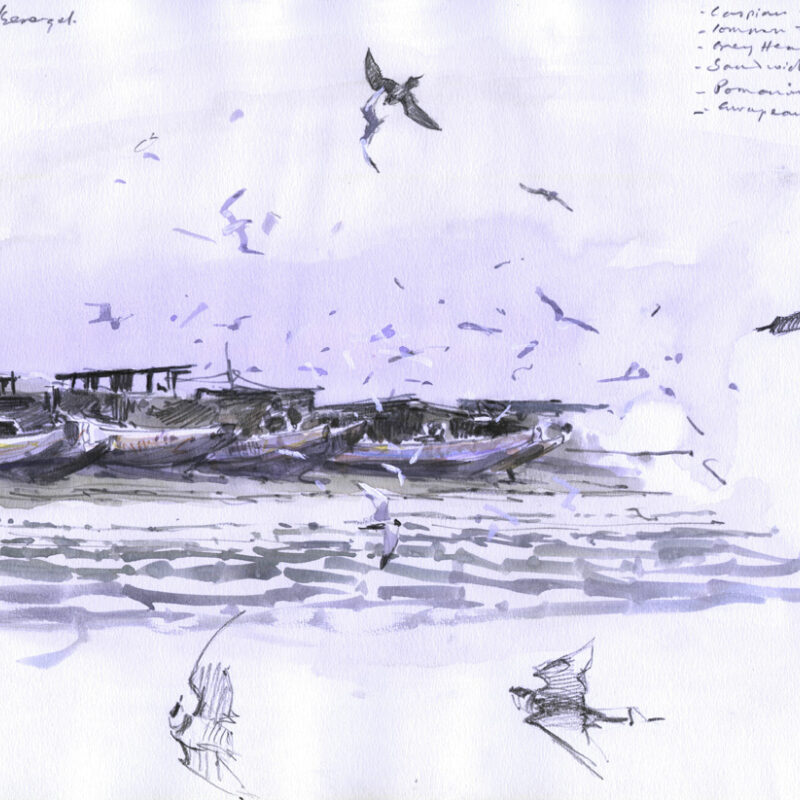 A selection of Bruce Pearson's work from the Senegal project

The highlights? Dozens of European storm petrels streaming over the water a few metres offshore from a seething mass of boats and people gathered as the day’s catch was traded in the evening light - everything shrouded in columns of familiar terns from Europe and local species all stirred together by marauding pomarine skuas. Every thorn bush in the Sahel sheltering a Phylloscopus warbler and local prinia or weaver, while scattered on the ground in the harsh sunlight beneath them cream-coloured and temminck’s coursers, chestnut-bellied sandgrouse and northern wheatears. 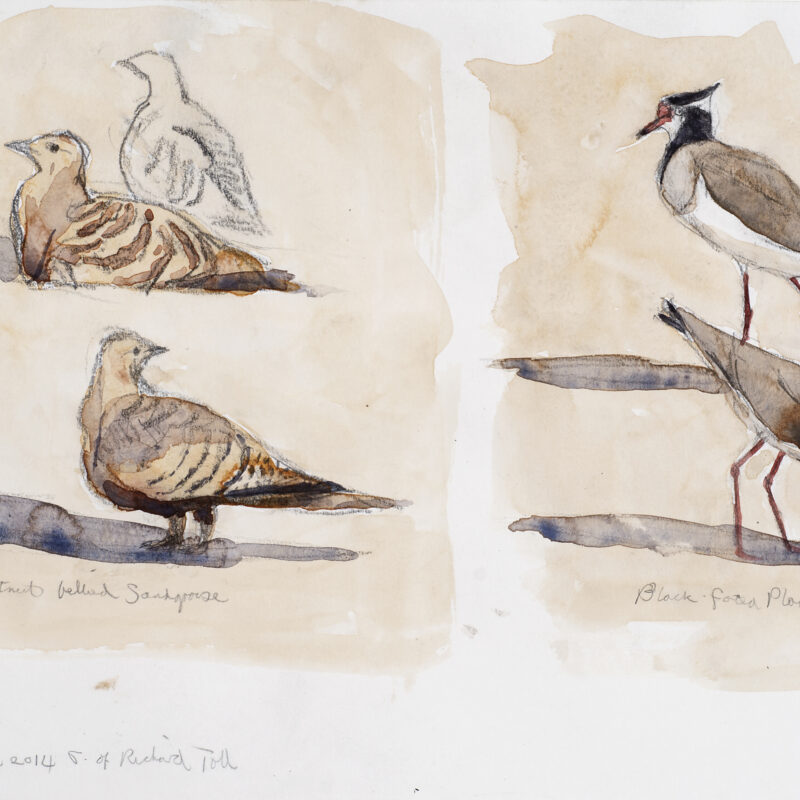 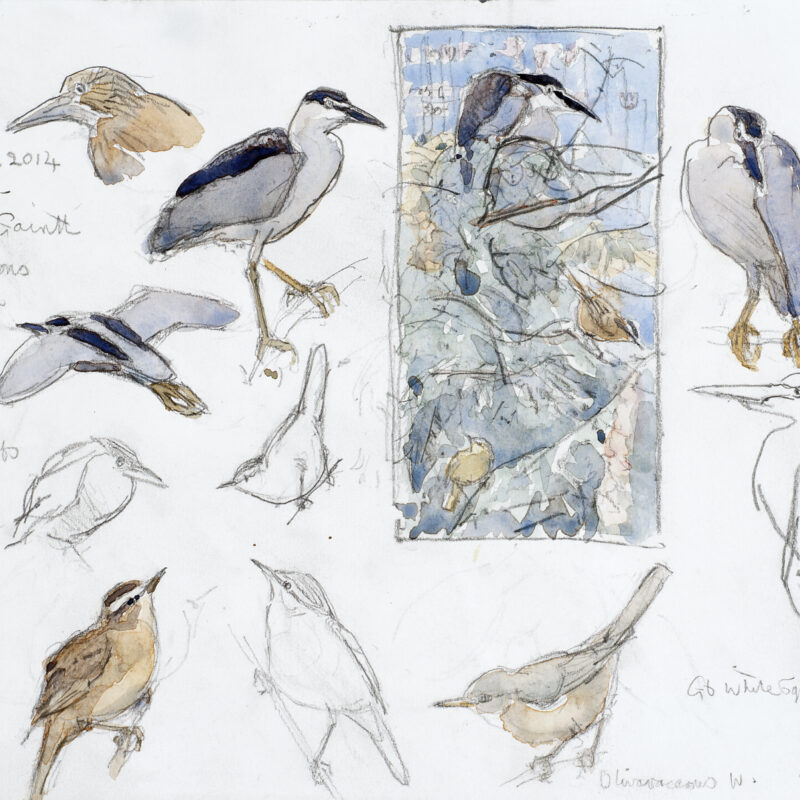 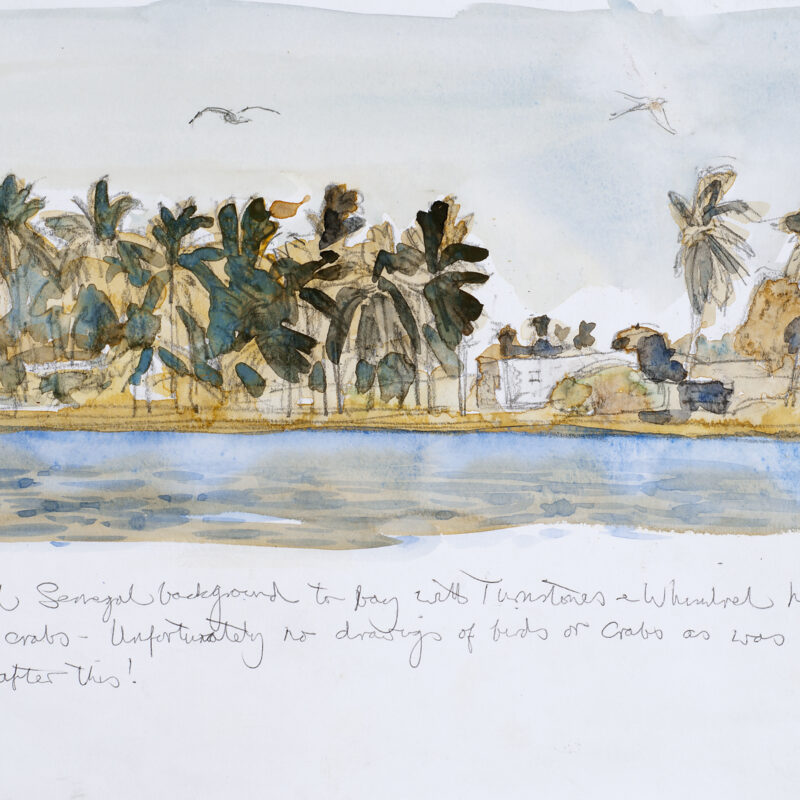 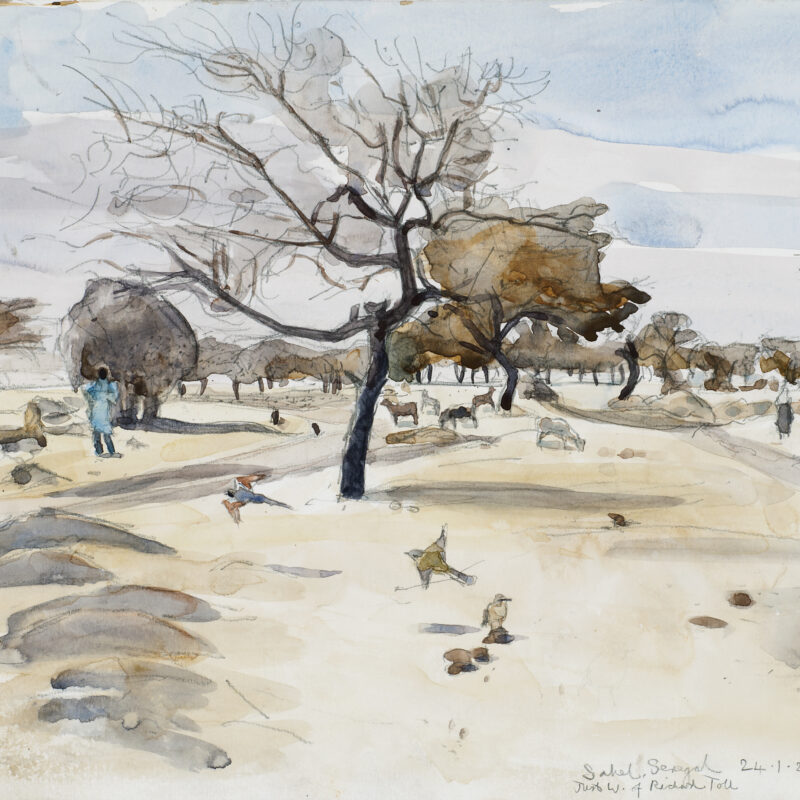 A selection of Robert Greenhalf's work from the Senegal residency

I have always enjoyed looking at “our” summer visitors when I have been abroad, so this was no hardship for me. Phil mentioned that migrants tend to seek out and winter in habitats as similar as possible to those that they breed in Britain and Europe. This proved to be the case. For example, the Chiffchaffs and Sedge Warblers searching for insects amongst the lakeside tamarisks of the enormous Djoudj Reserve in the far north of the country could equally well have been somewhere along the South Coast of England, until you took in the wider view of lotus lilies, Jacanas, Darters, Night, Purple and Squacco Herons, the honkings of Crowned Cranes, and the strident cries of the resident Fish Eagles. 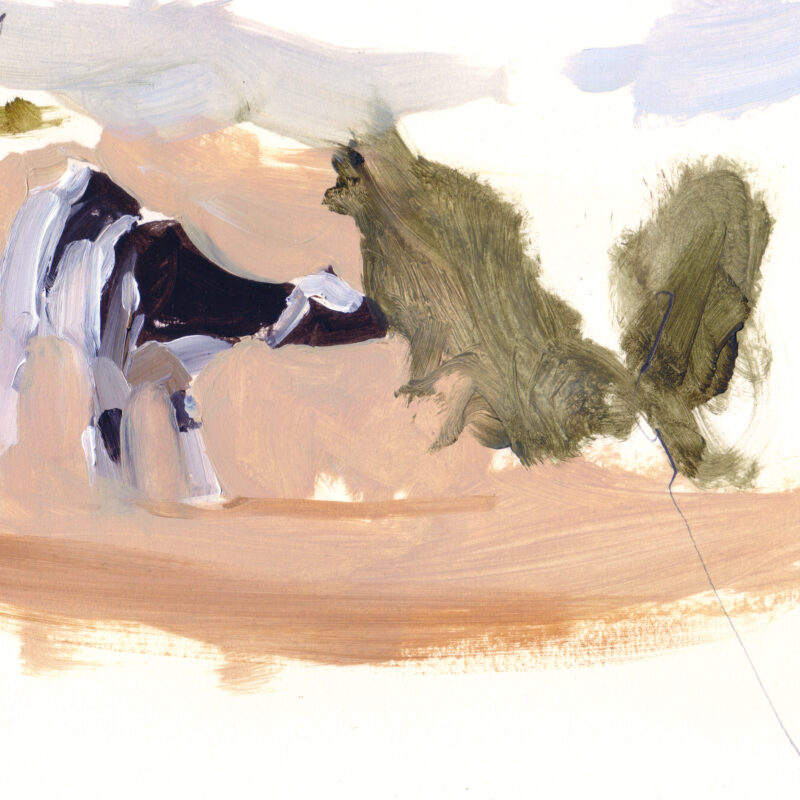 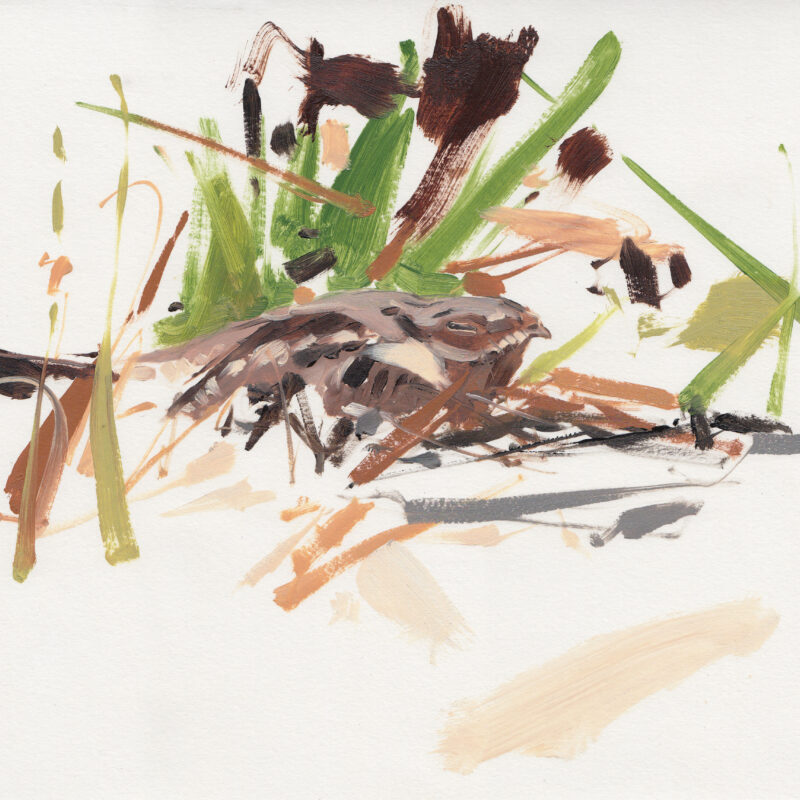 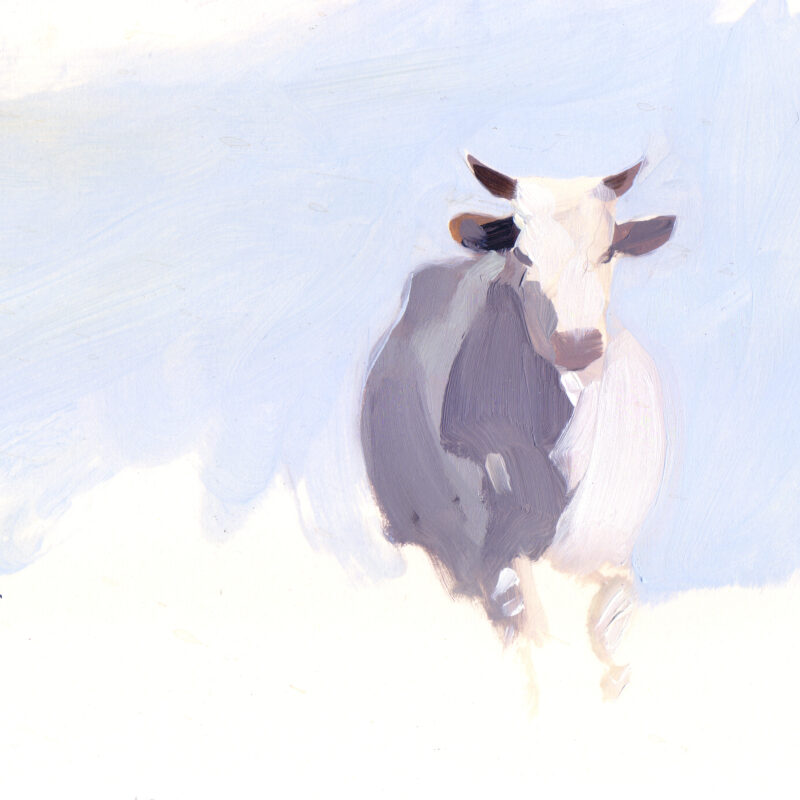 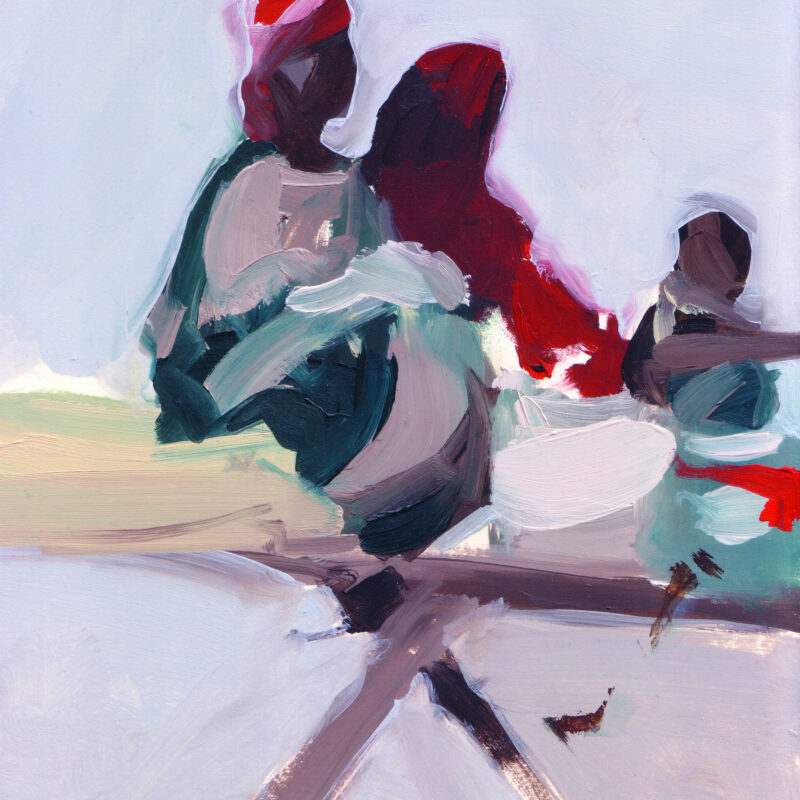 A selection of Esther Tyson's work from Senegal

...Wheatear, I've spent a lot of time watching these guys in the back fields behind the old cottage at Pencilmaren (South Wales) and it's pretty good seeing them in their winter grounds. She moves back and fore, catching insects, standing atop poo, an old brick, a dead branch, foraging again... 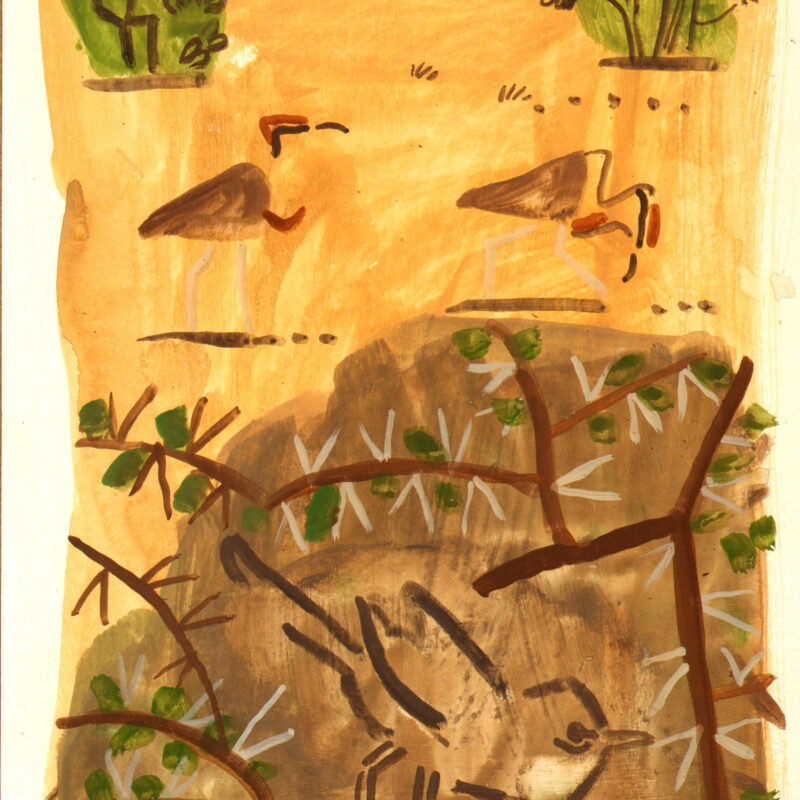 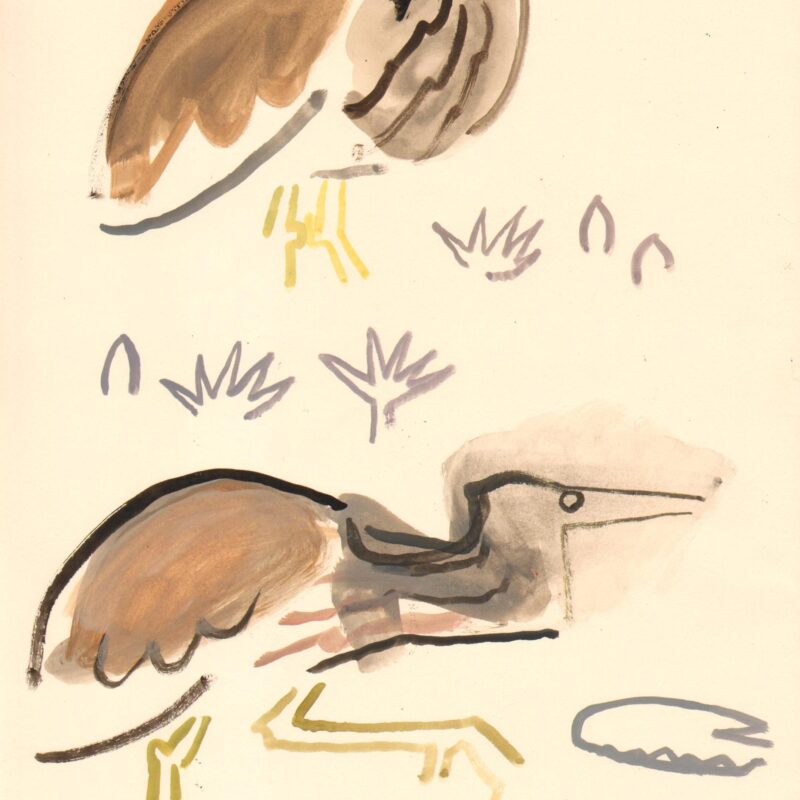 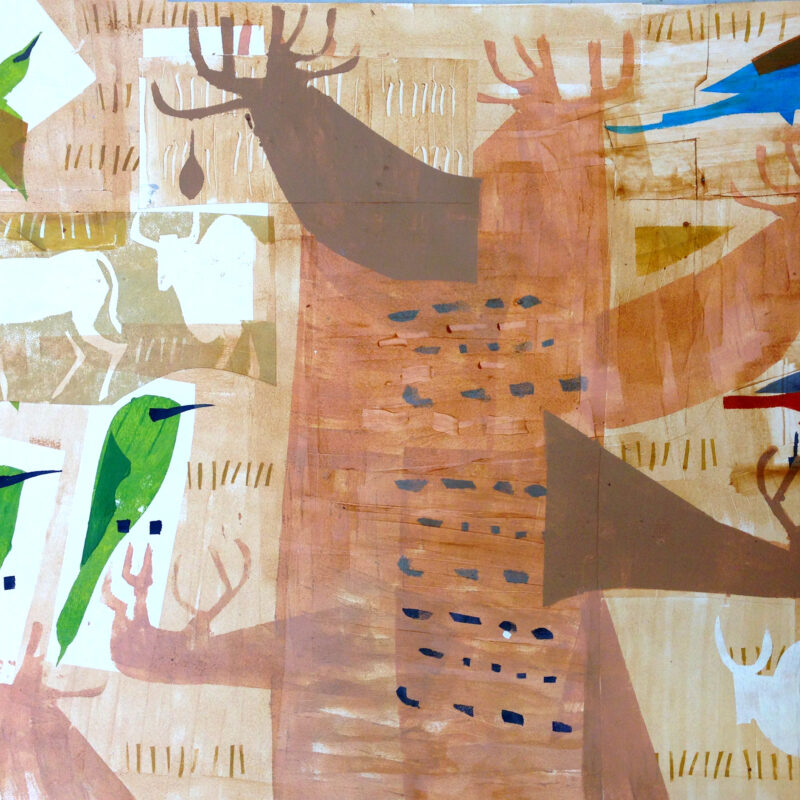 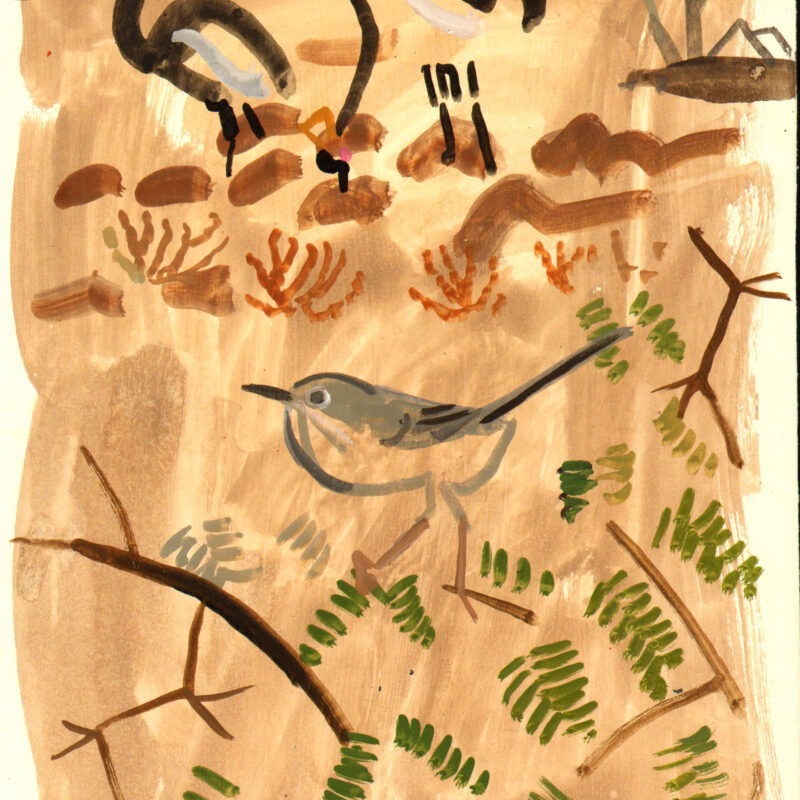 A selection of Greg Poole's work from the Senegal project

Phil told us that whitethroats might just have one acacia bush as their winter home... that would be their territory and they might return to that same bush in successive years. So you had the sense of the European population of whitethroats spread out, one to a bush, across this belt of Sahel which crosses the African continent