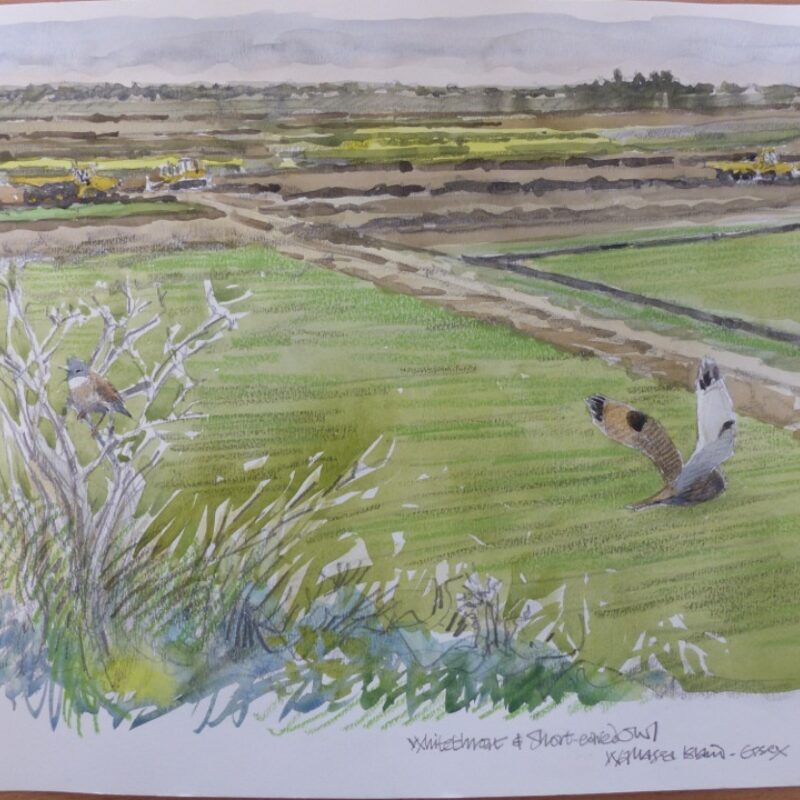 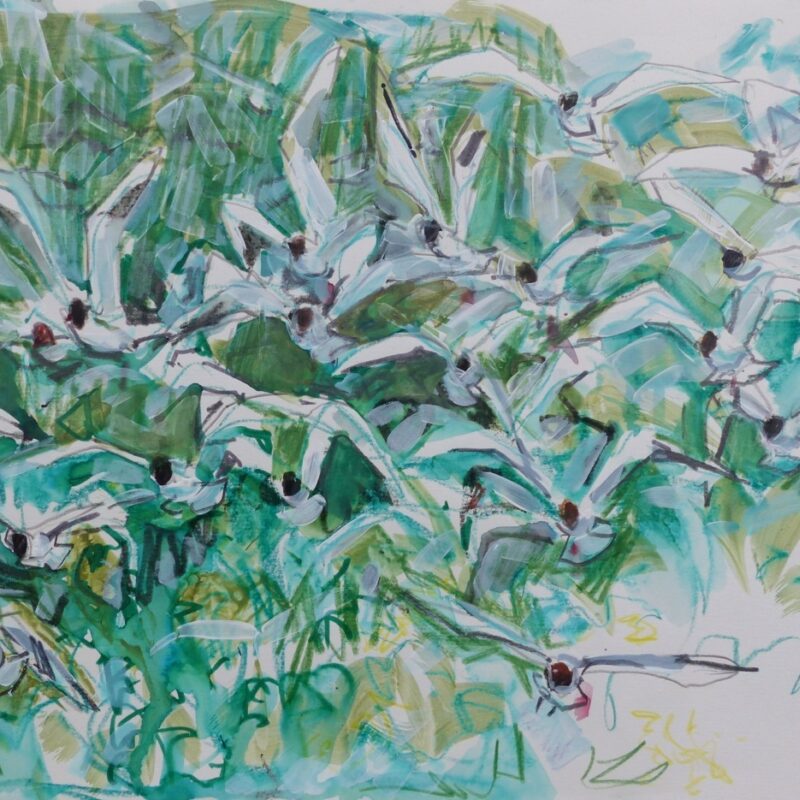 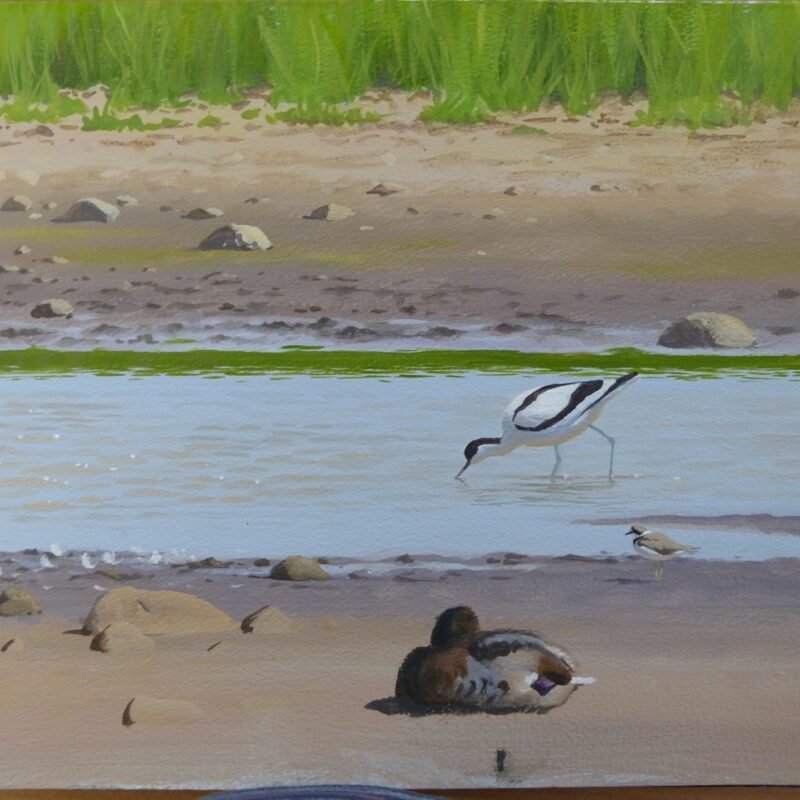 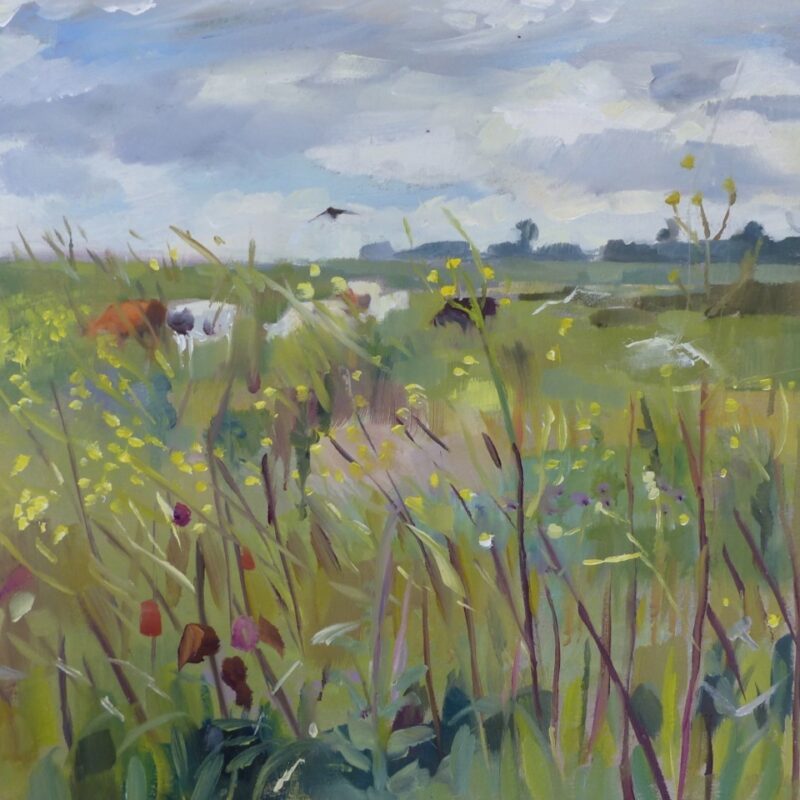 Members' work from the project

Wallasea Island is the site of one of the most exciting habitat creation projects in Western Europe. More than twice the size of the City of London it lies in the Greater Thames on the Crouch and Roach estuaries just south of Burnham on Crouch in Essex. The area of farmland was secured by the Royal Society for the Protection of Birds (RSPB) who could see the potential for creating a landmark new reserve by landscaping the area before carefully lowering the sea wall.

Part of the vision of this project was the use of waste spoil from London’s Crossrail project which was deposited on the island raising the ground level by an average of one metre across 1,500 acres. The soil was transported by barges along the Thames into the River Crouch and on to the island. The northern sea wall was breached in 2015 creating a range of new intertidal habitats such as saltmarsh, islands and landscaped lagoons transforming the old agricultural land into a diverse nature reserve. 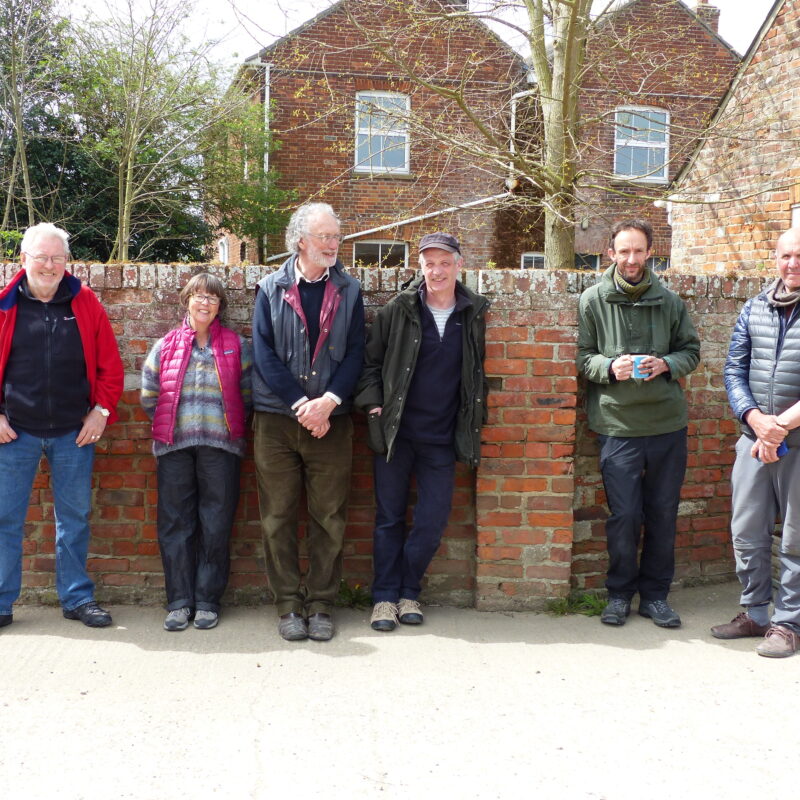 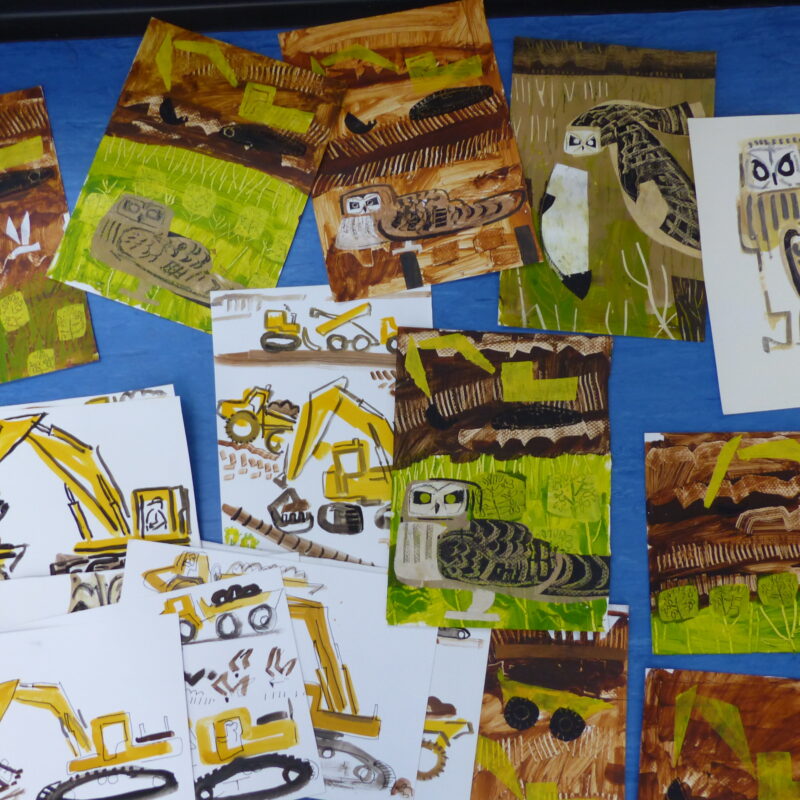 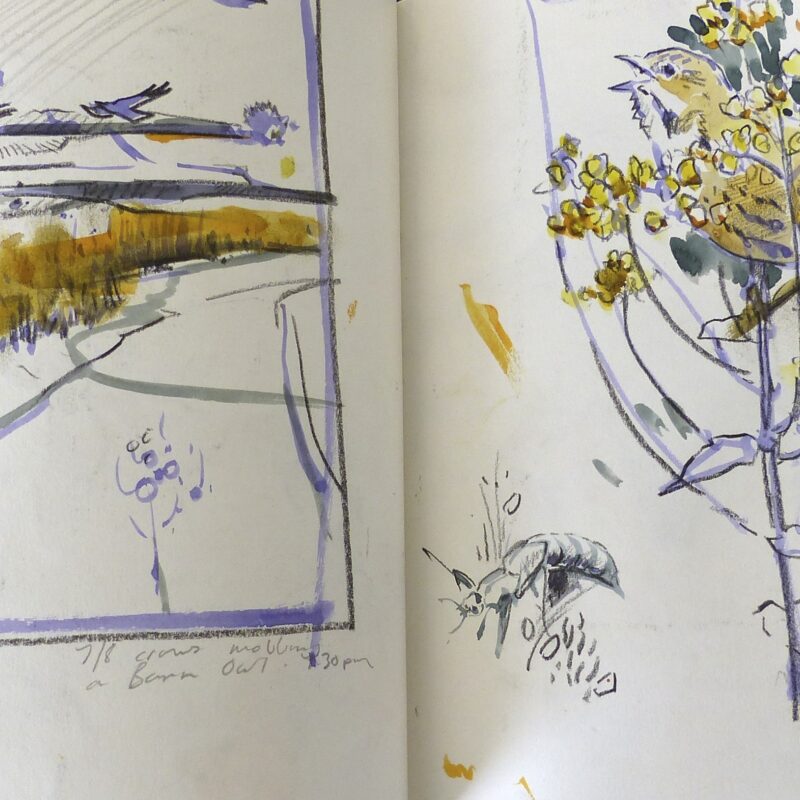 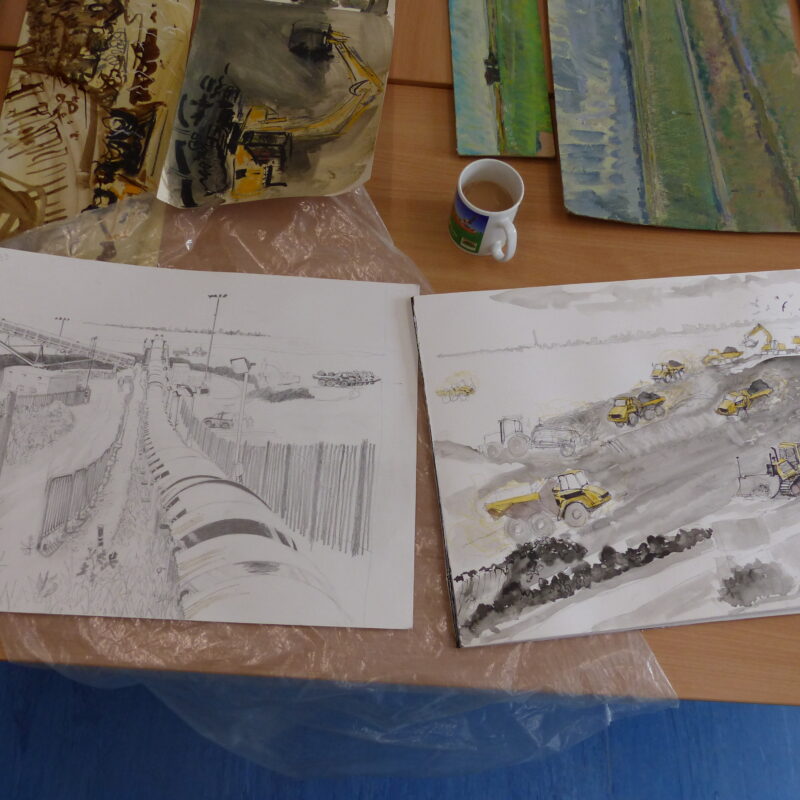 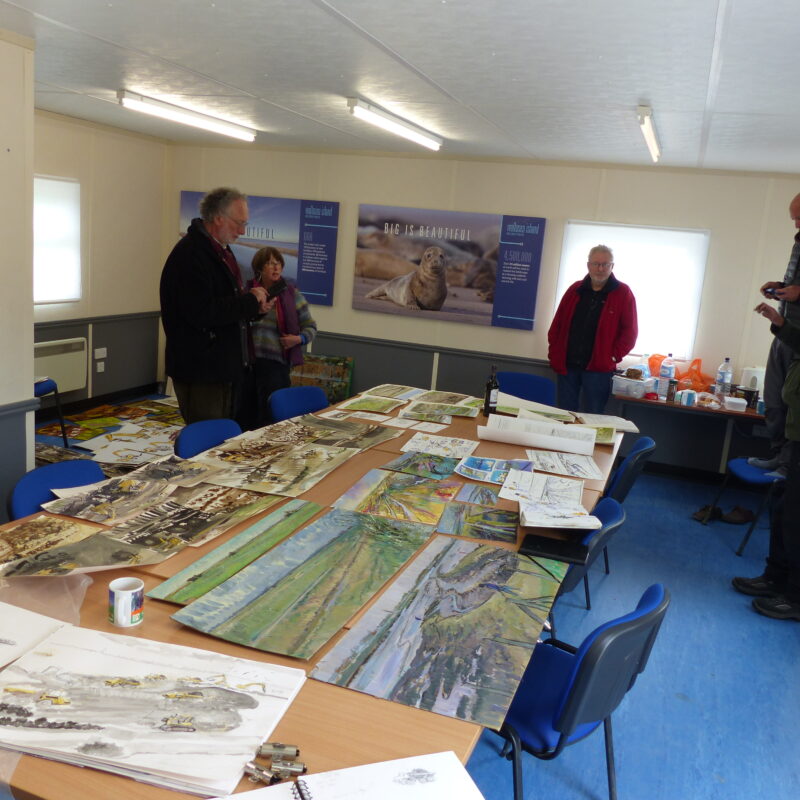 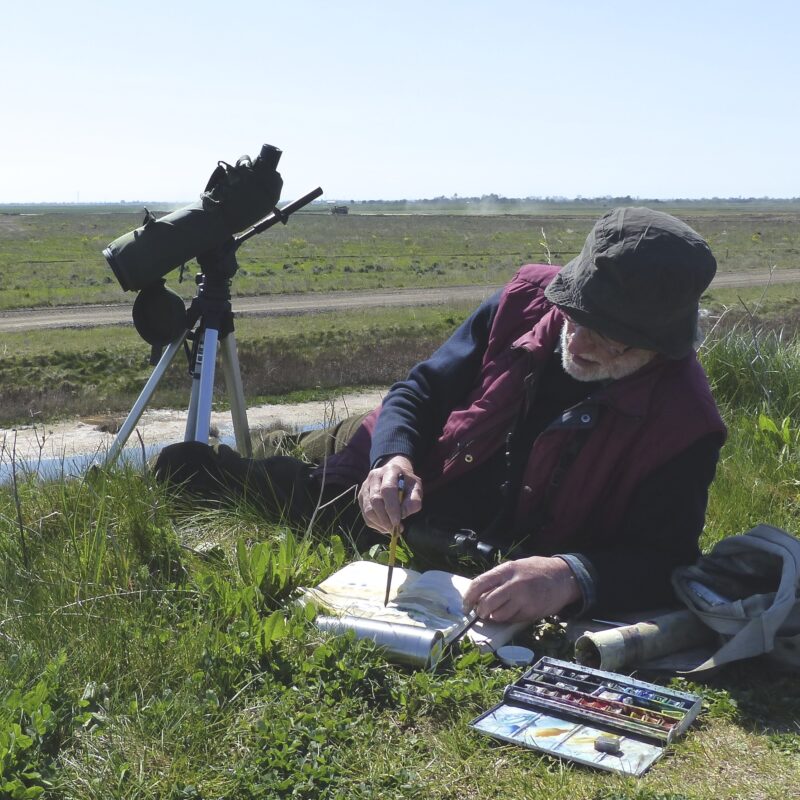 A selection of images from the first residency in April 2015

The SWLA worked with the RSPB to record the gradual change in the habitat through four residencies between April 2015 and June 2017. Each residency involved six artists who spent four days immersing themselves in the landscape and distilling their experience into drawings sketches and paintings. 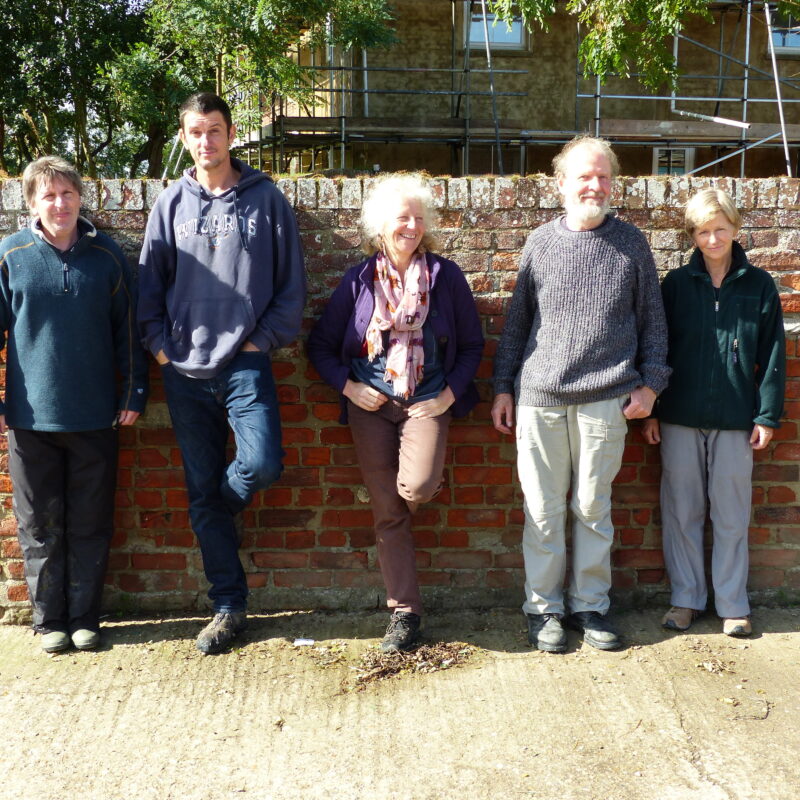 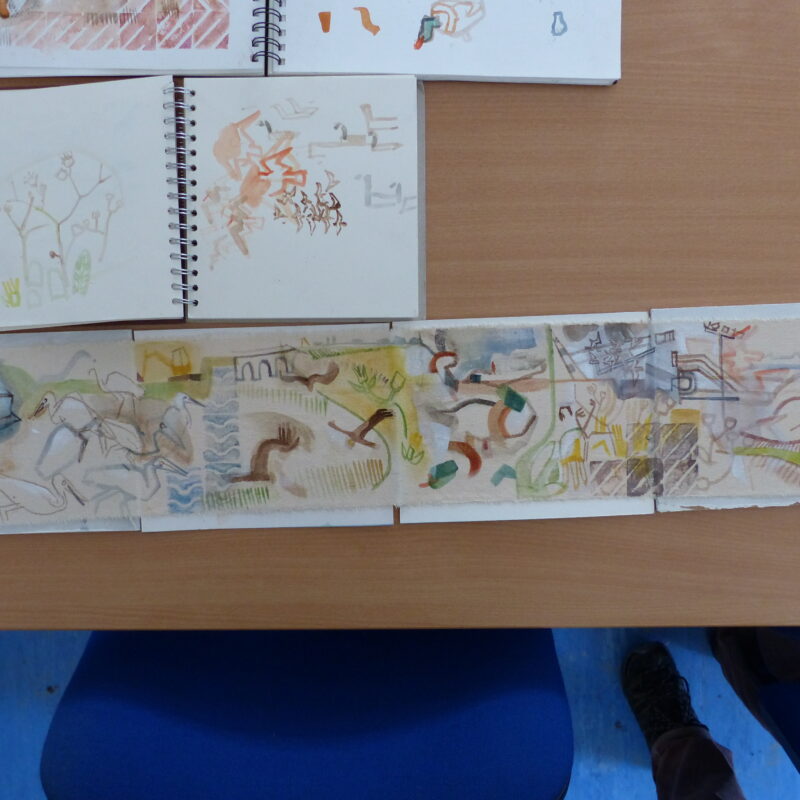 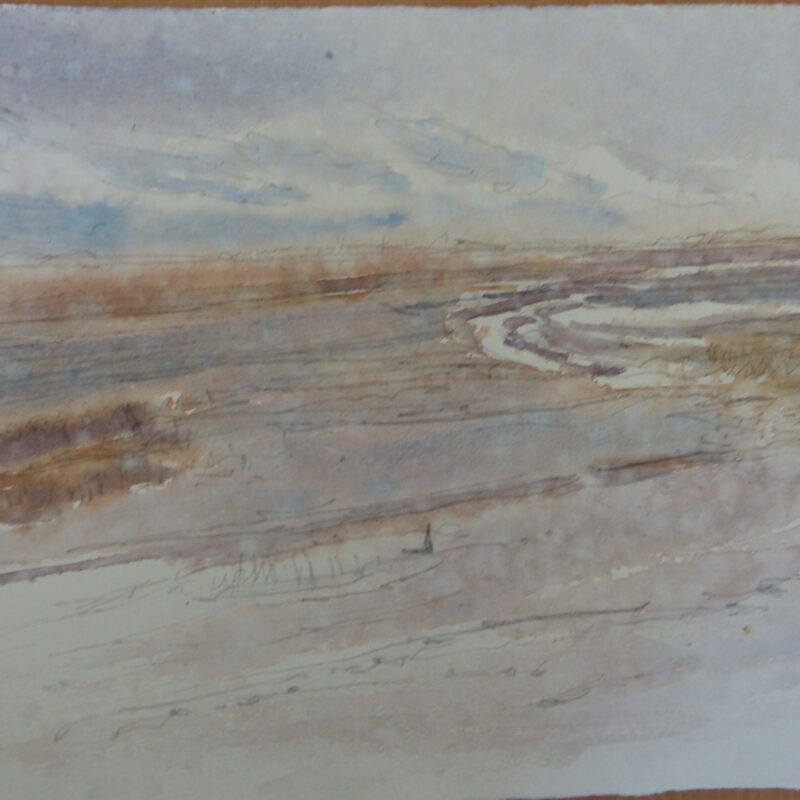 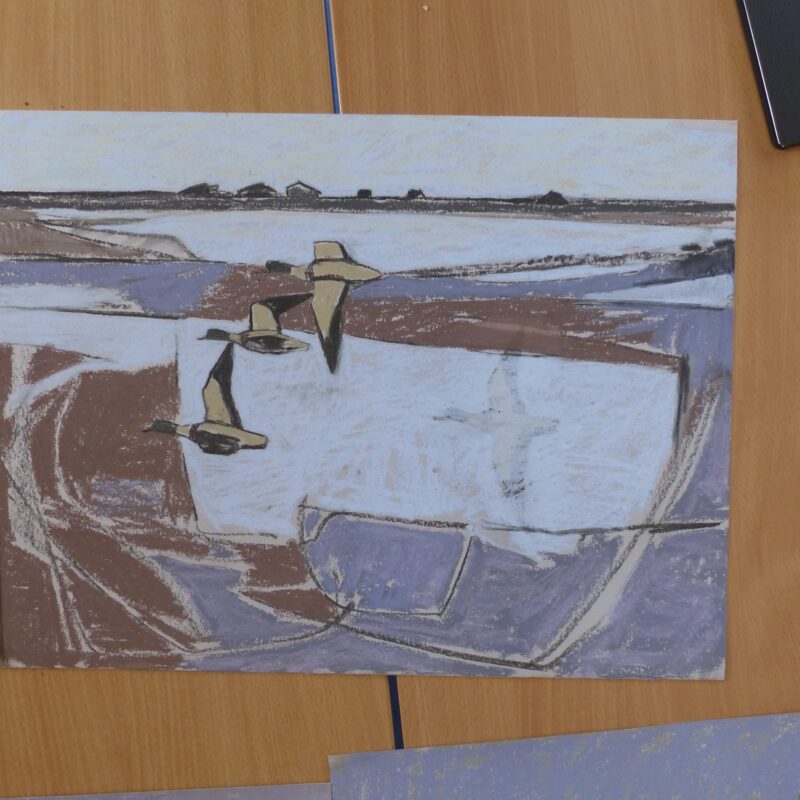 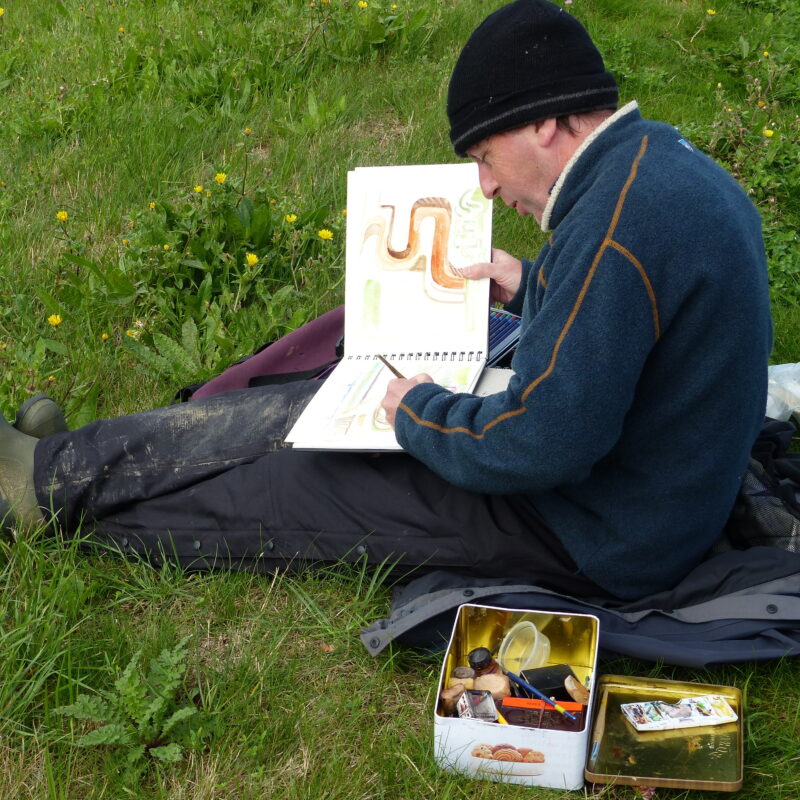 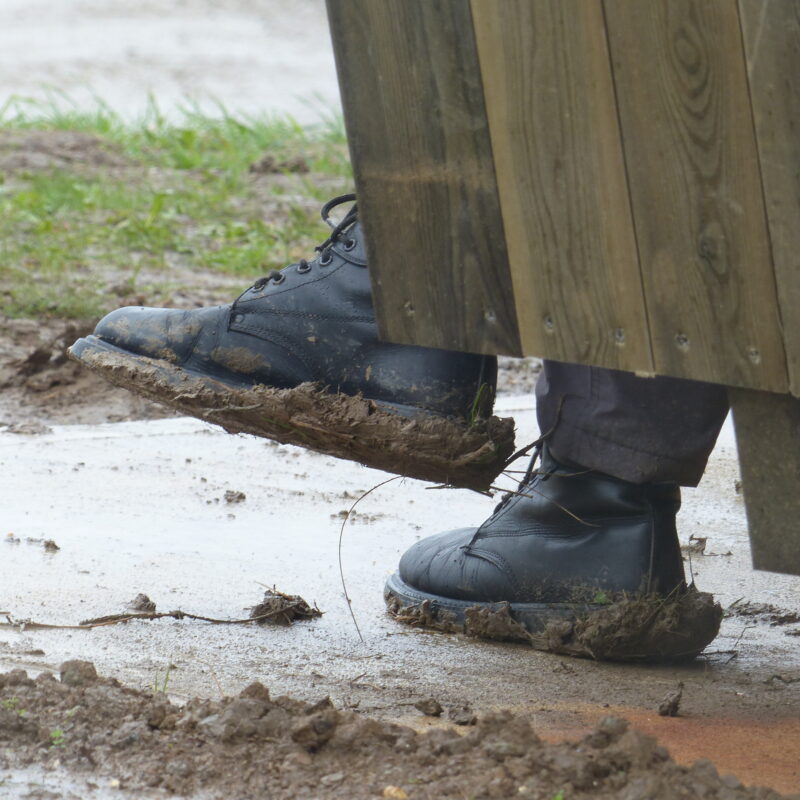 A selection of images from the rather wet second residency in the autumn of 2015, with artists Dafila Scott, Brin Edwards, Ben Woodhams, Robert Greenhalf, John Foker and Carry Akroyd

A total of eighteen SWLA artists visited the reserve creating a unique digital archive of artwork documenting its development. The first residency produced many artworks of the massive earth moving equipment involved in this huge task and subsequent visits documented the gradual colonisation of the bare mud with saltmarsh plants and the dramatic increase in numbers of birds such as Short-eared owls, Marsh Harriers, Avocets and Little ringed Plovers. 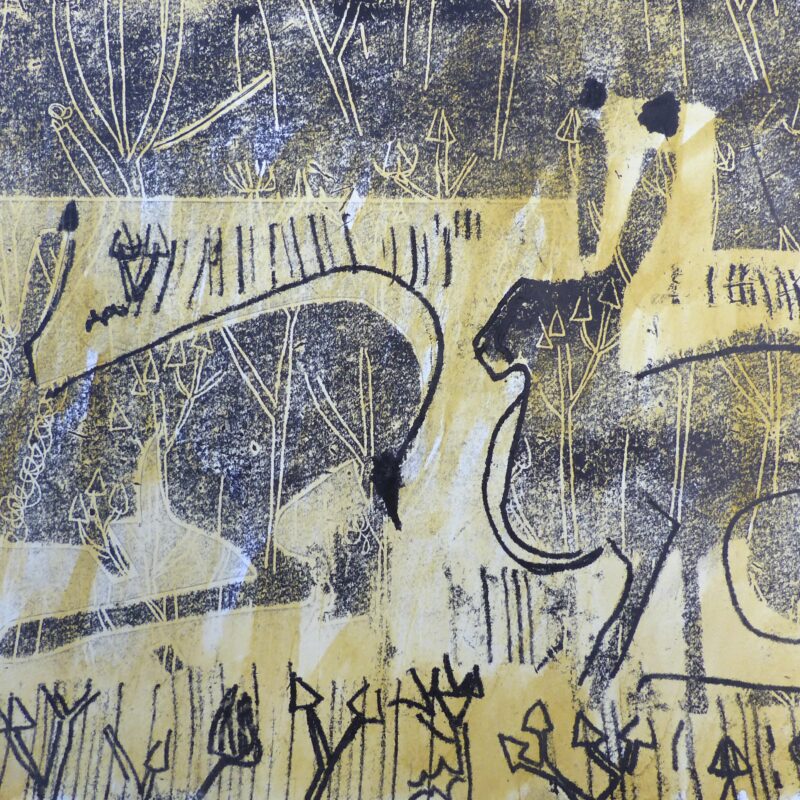 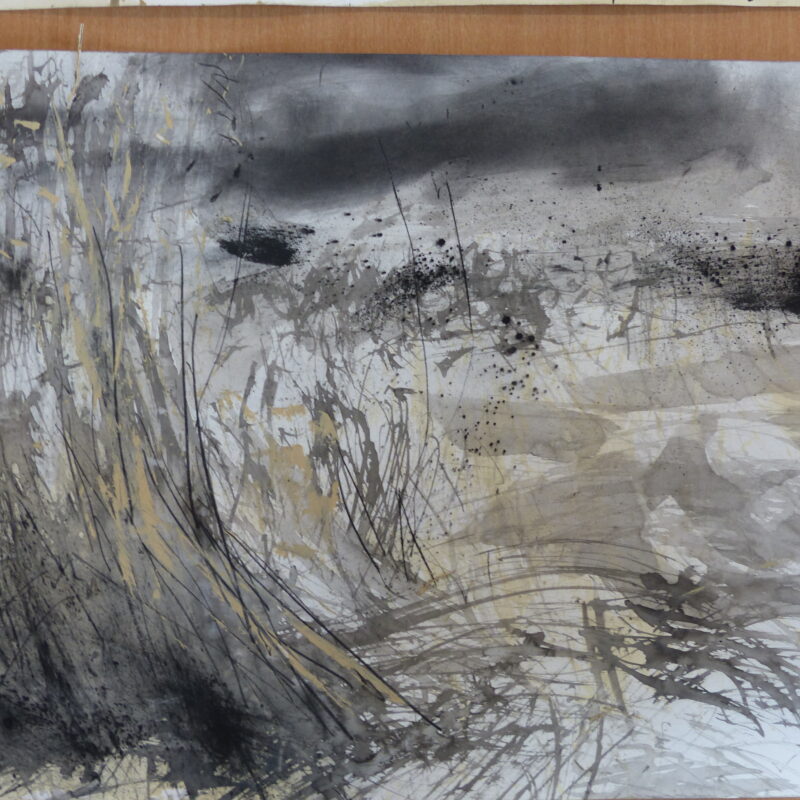 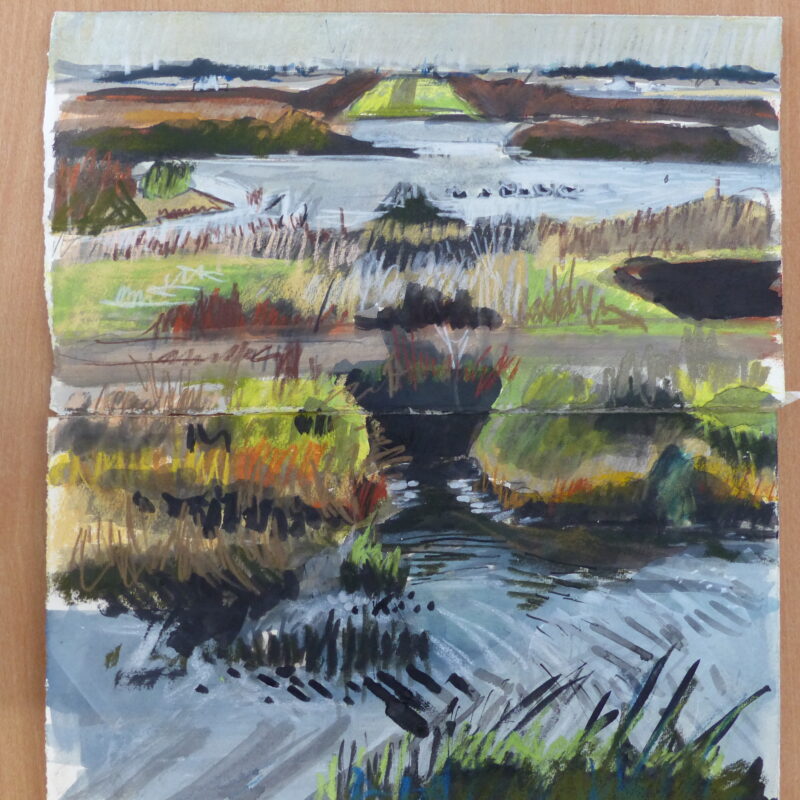 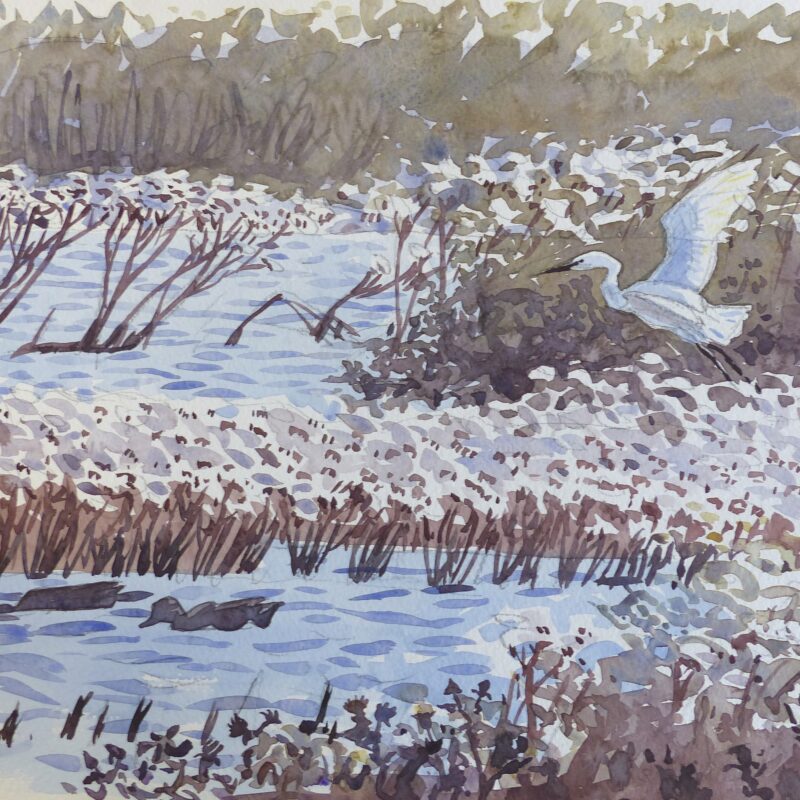 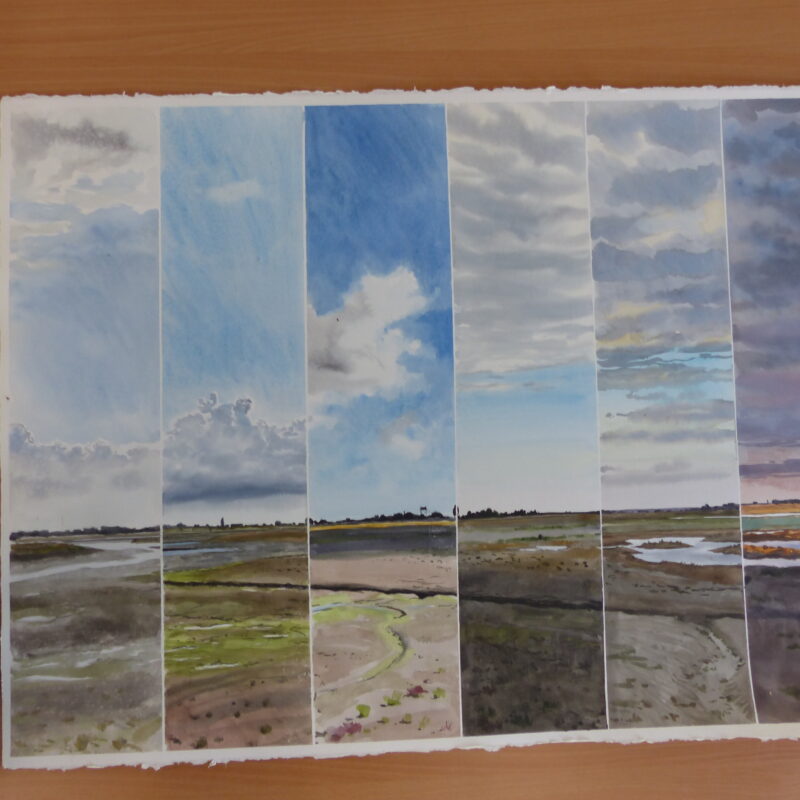 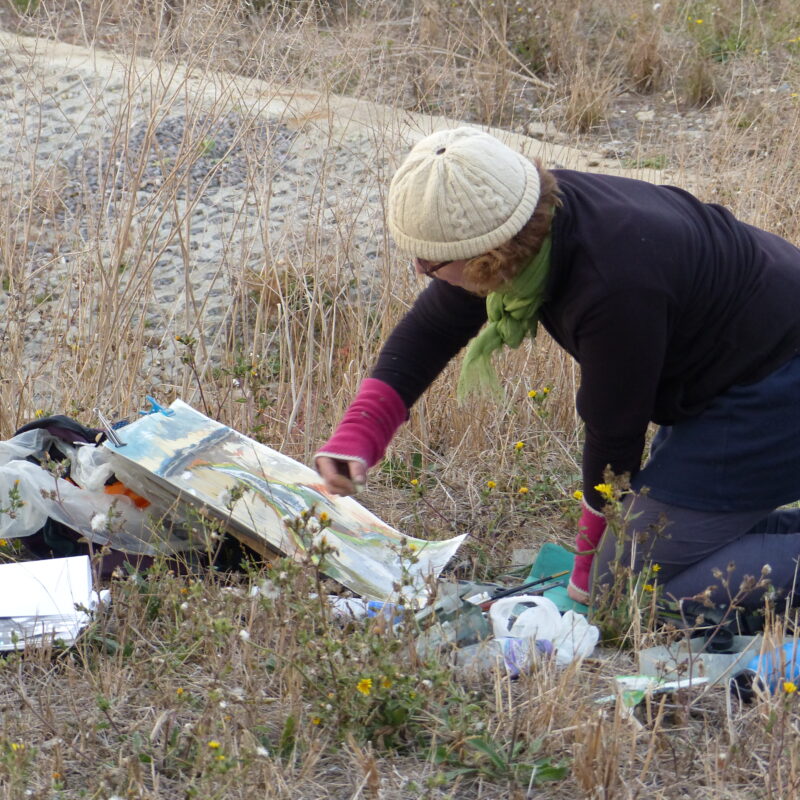 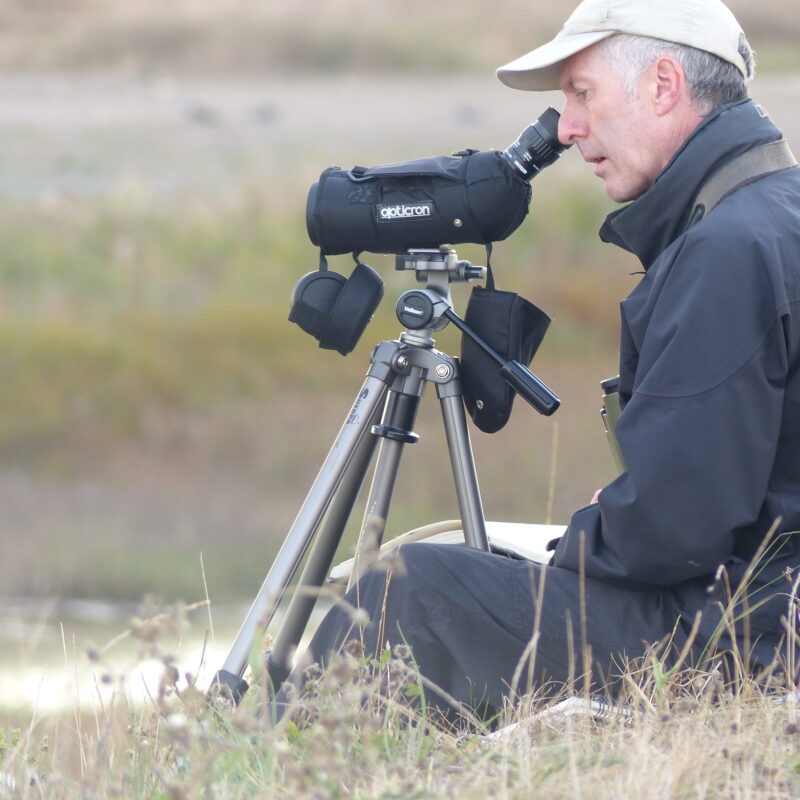 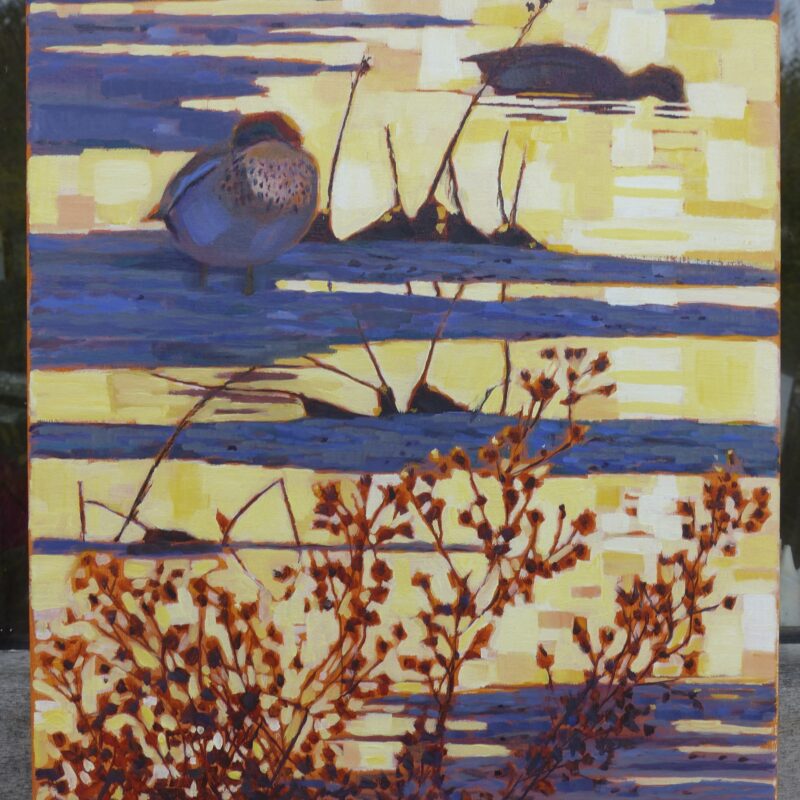 Wallasea is now maturing into an important intertidal nature reserve and is one of the most exciting habitat creation projects in Western Europe in recent years. It is hoped that the Wallasea Island SWLA/RSPB art residencies can continue to follow the progress of this reserve in the future to add to the impressive archive of material already created. 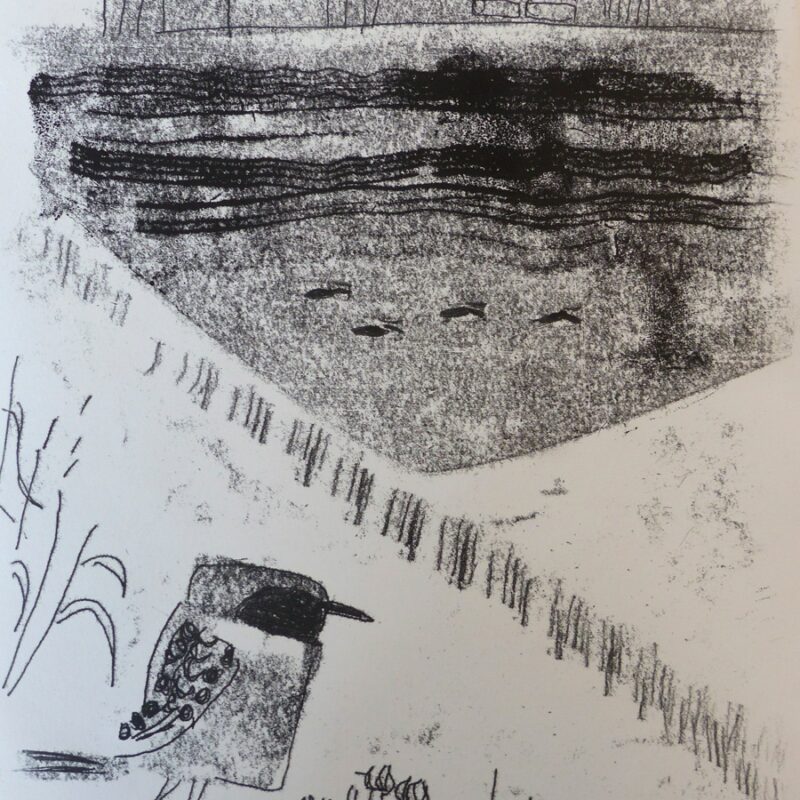 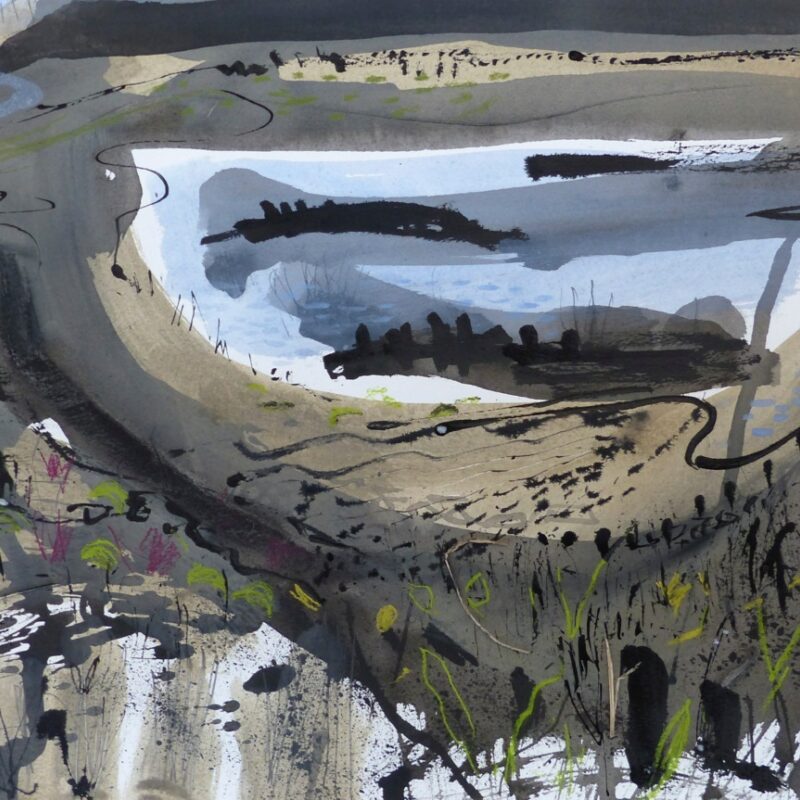 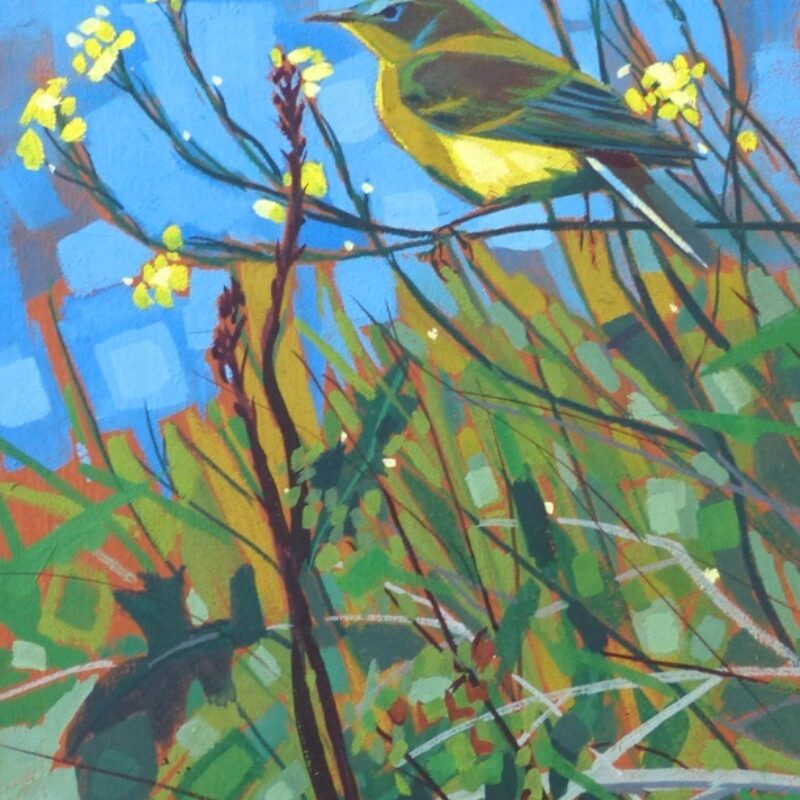 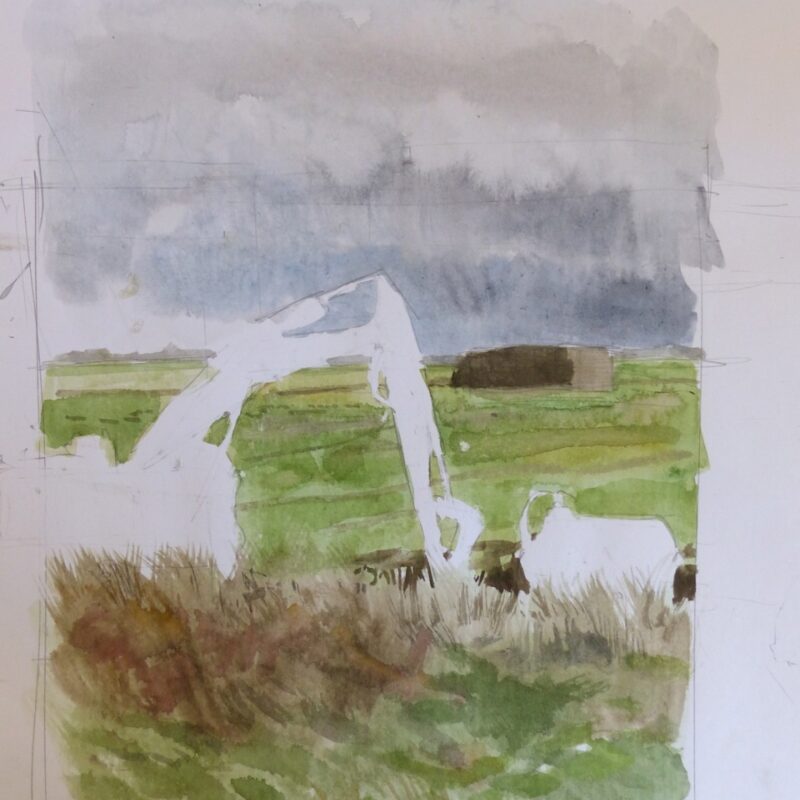