Nick Derry lives and works in and around Besançon in the East of France. He was elected to full membership of the SWLA in 2009. Nick has won several awards including Birdwatch Artist of the Year in 1999 and 2017, The Cuthbert Mill Award in 2007, The Langford Press Award in 2008 and 2009, The Hawk and Owl Trust’s Roger Clarke Award in 2013 and 2016, and The RSPB Art Award in 2013. He has participated in the SWLA Wallasea project and took part in the Artists for Nature Foundation’s Dead Sea project in 2017.

Half birdwatcher and half artist, Nick divides his time between sketching wildlife in the field and playing with those memories and images in the studio. His approach to picture making is neither sacred nor pure, and all media and approaches are welcome in order to make a finished image. Watercolour, acrylic, ink, crayons and collage all compete on the paper.

Passionate about wildlife art since childhood, Nick took his sketchbook out into the field when he was 13 years old in order to record his first Bittern.

He hopes that his work conveys the excitement of the natural world and may encourage others to explore its beauty and express their own reactions to it.

Images from around this site by Nick: 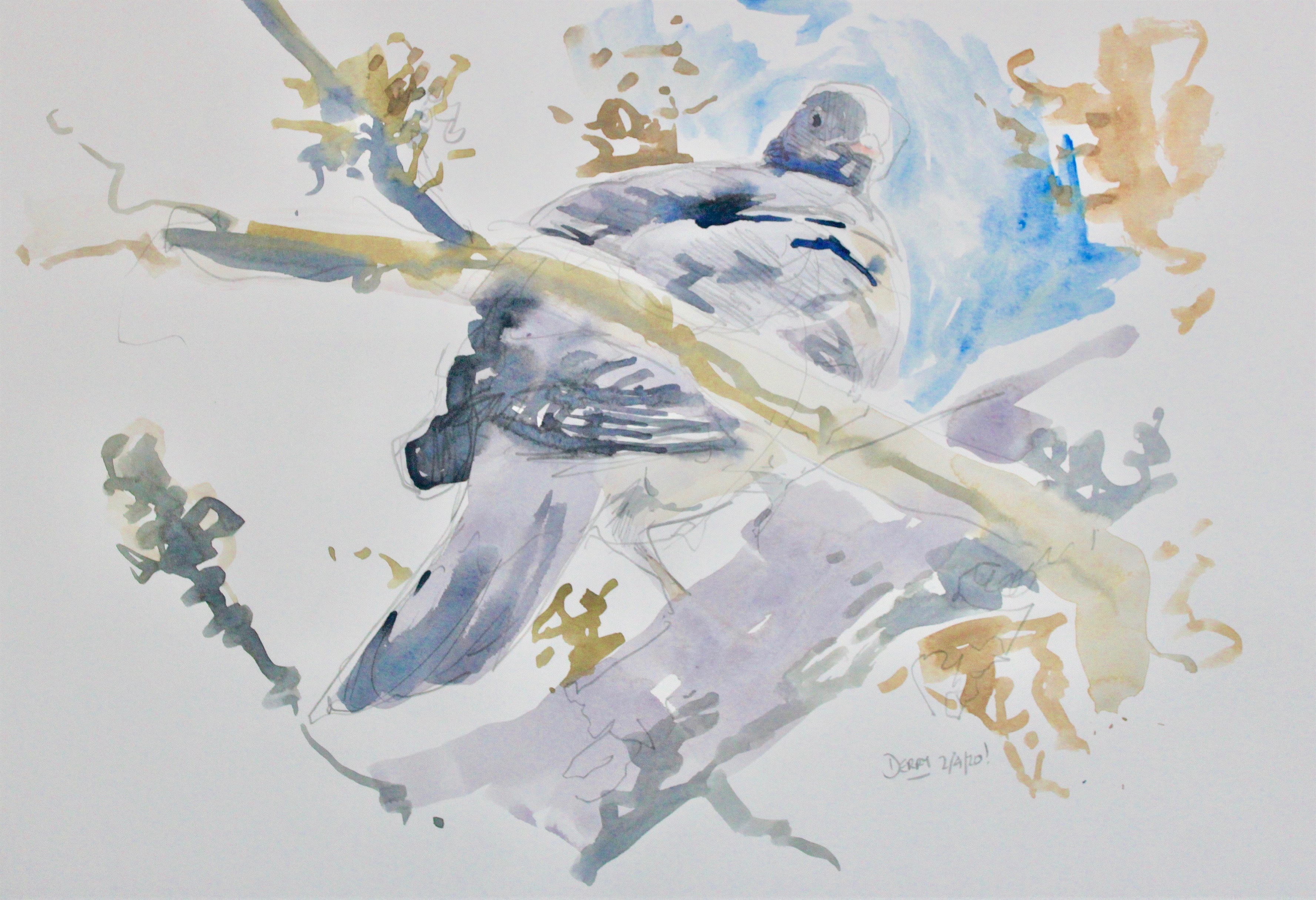 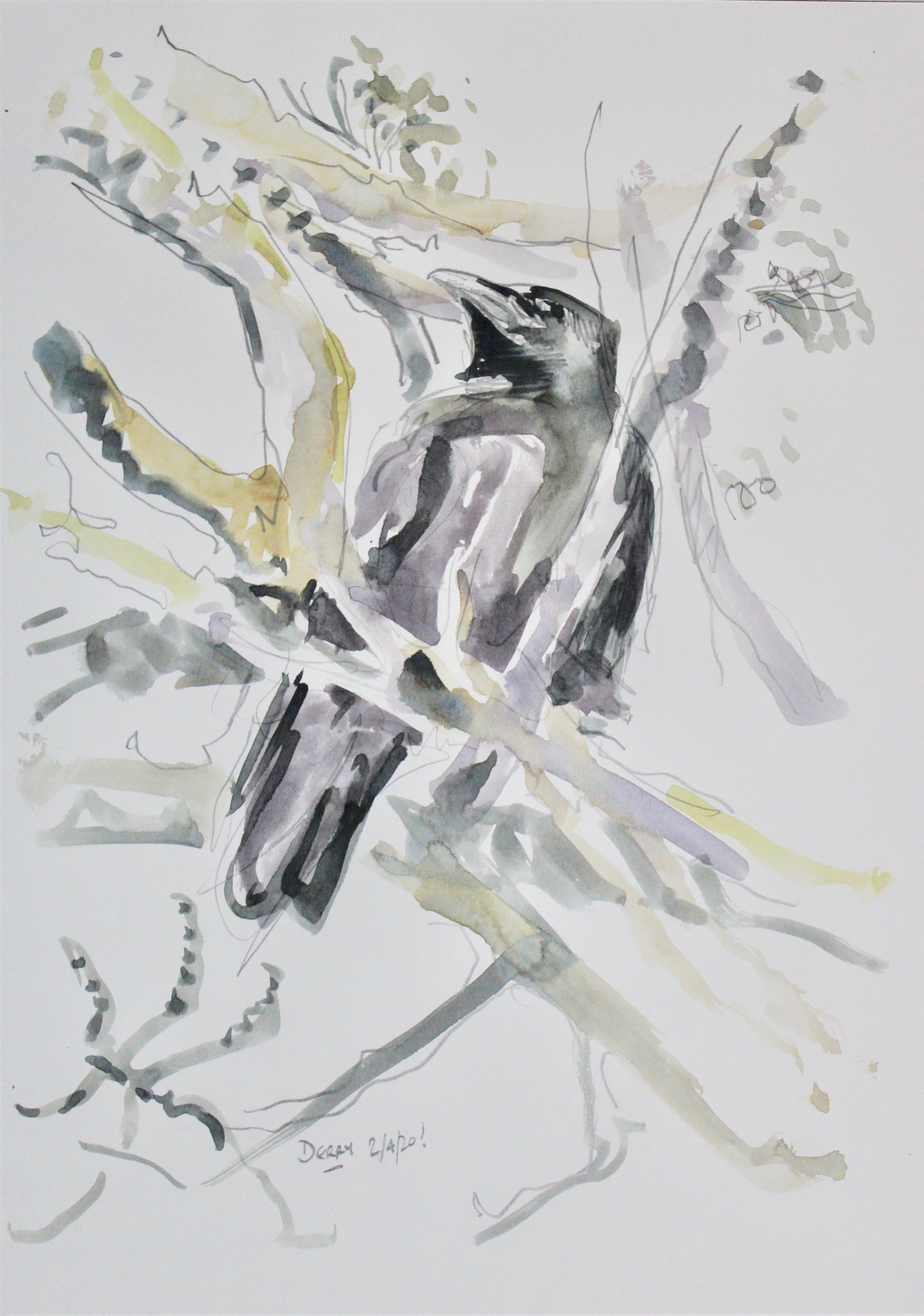 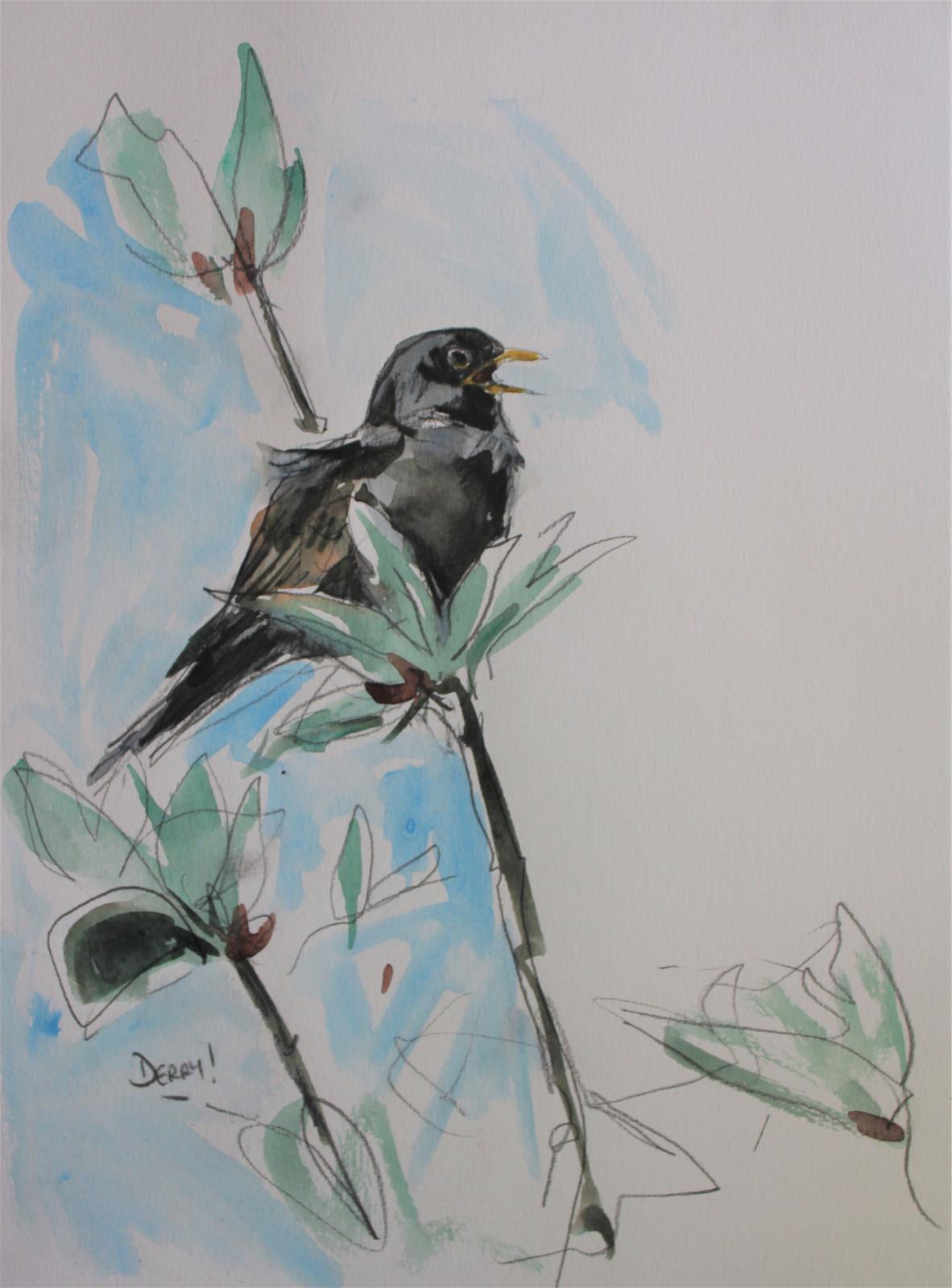 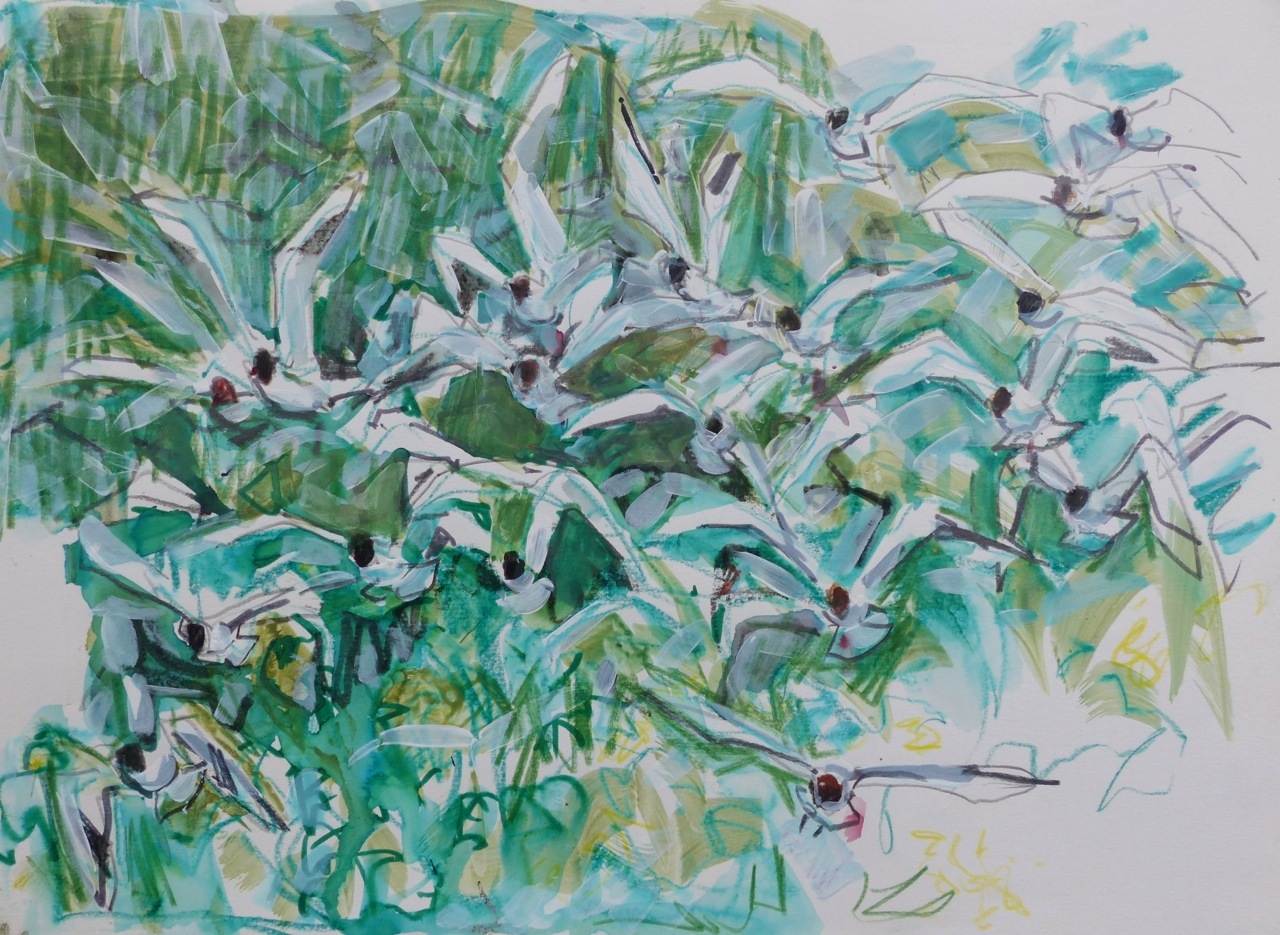