The creatures and landscapes in the natural world can be epic. Many of the member artists of the SWLA have been fortunate to travel all over the world to observe and draw animals from life and some of the resulting work has made its way to the exhibition this year. 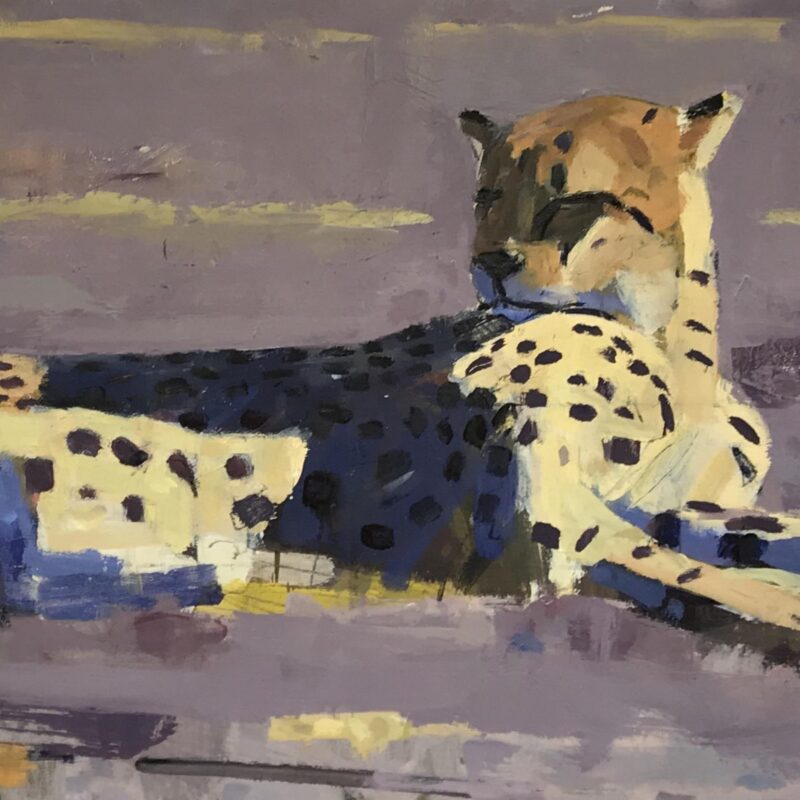 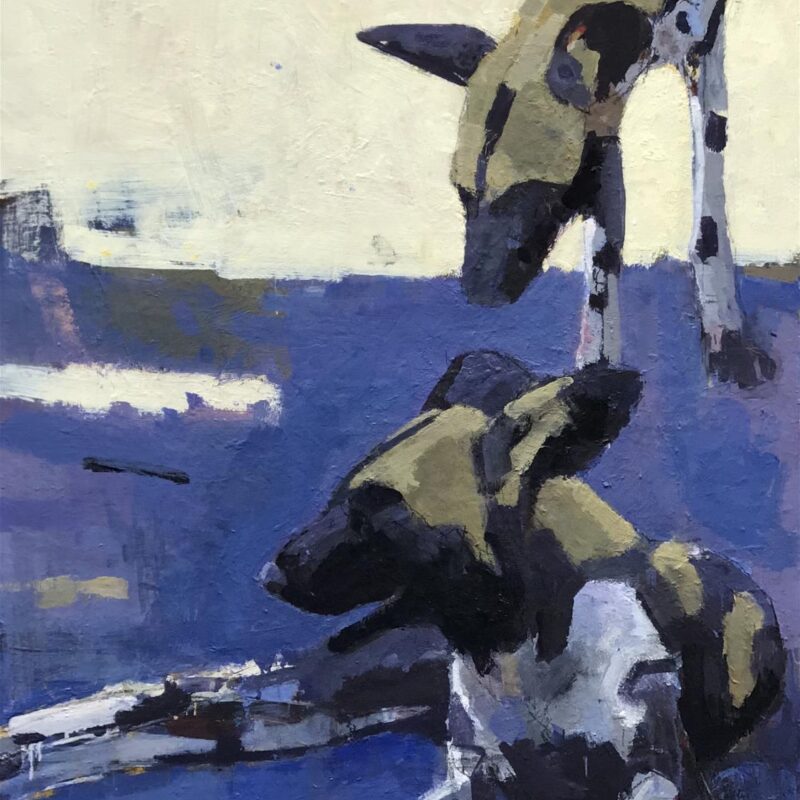 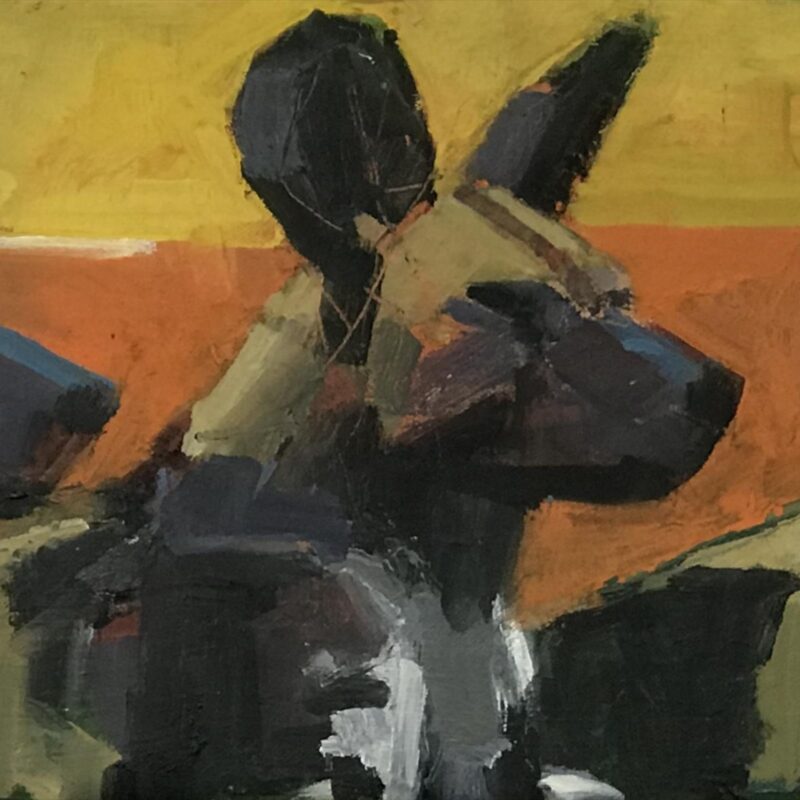 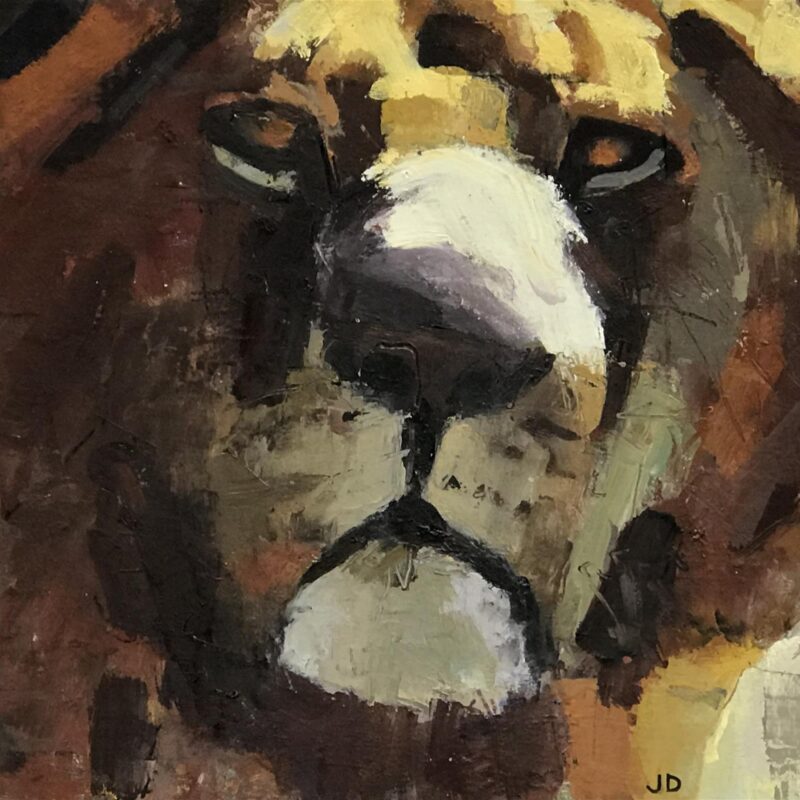 John Dobbs has travelled to Africa and India to work from life for his paintings. He has something of an obsession about wild dogs and has spent many hours patiently trying to find them in order to observe and sketch them. Aside from his beloved wild dogs Dobbs has seen and captured in paint apex predators lions, cheetah and tiger all on show at this year’s exhibition. 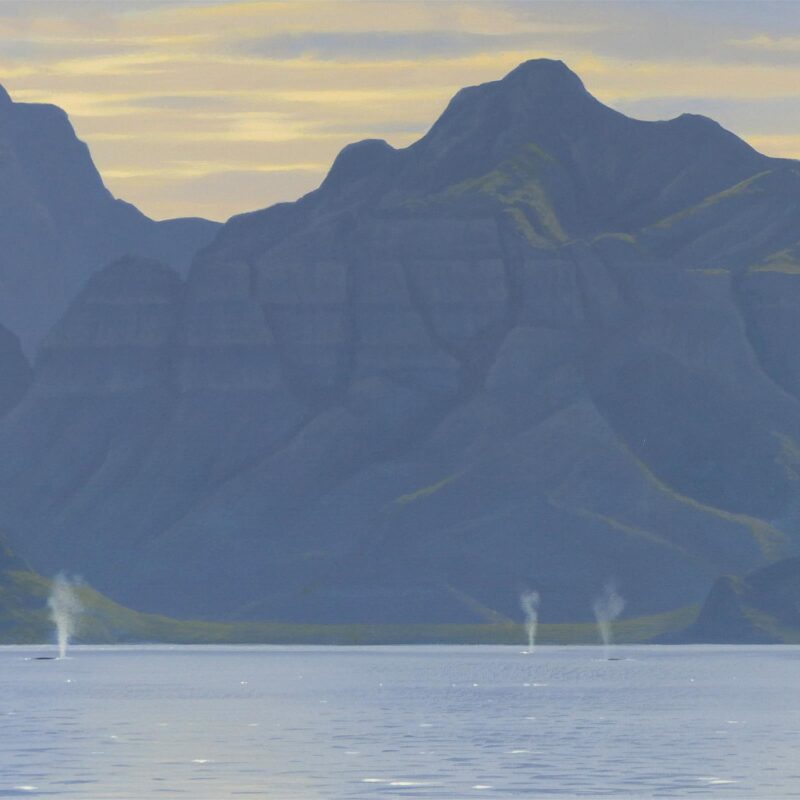 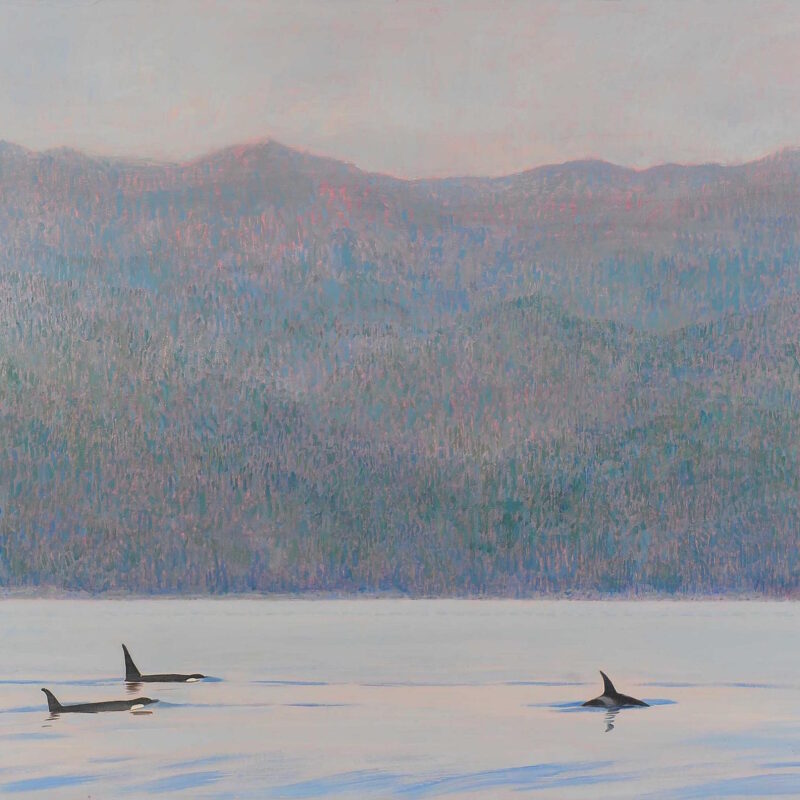 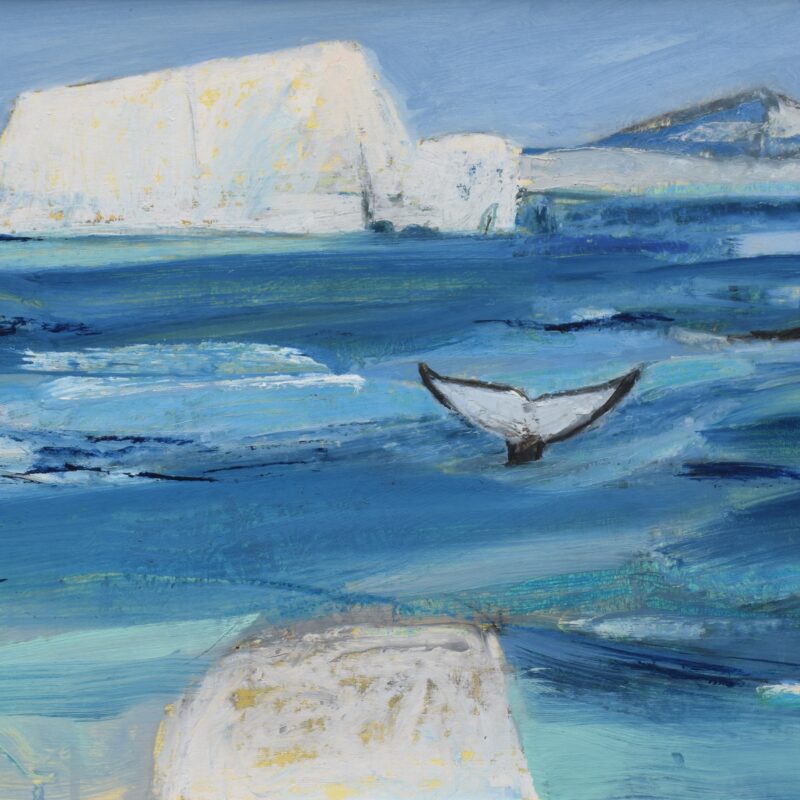 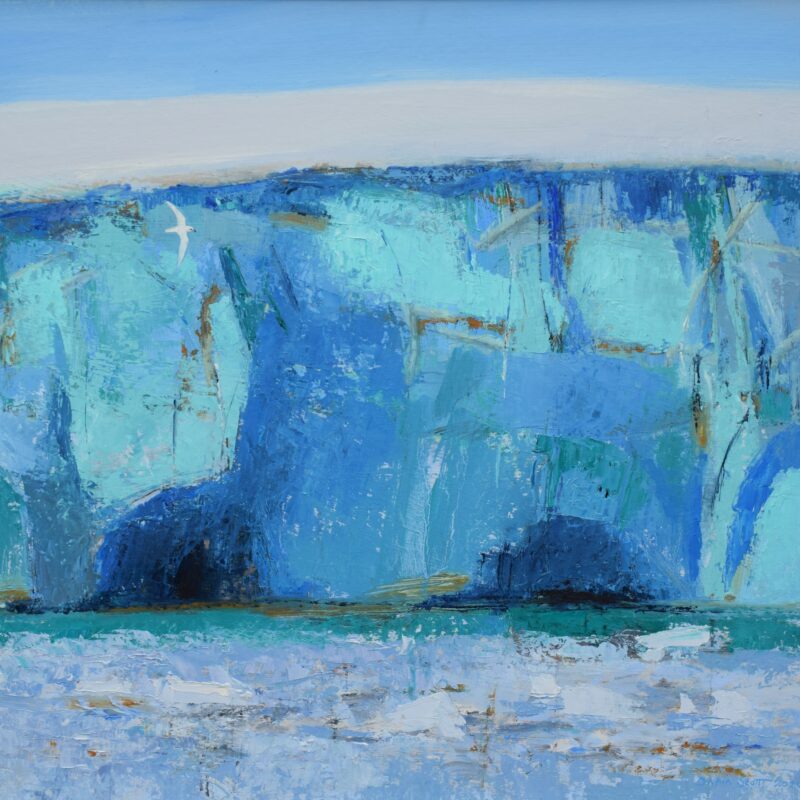 All three artists have observed whales but at either end of the planet. You can’t get any bigger than a blue whale and Chris Rose has worked from field sketches to create his epic painting, Dafila Scott has responded to seeing humpbacks in the Antarctic whilst Darren Rees has painted an atmospheric work showing his experience of seeing a pod of orcas off British Columbia.

In addition both Chris Rose and Darren Rees have been inspired by the biggest land predator : the polar bear. Chris has painted his within the landscape of ice and Darren has chosen to concentrate on the bear itself. 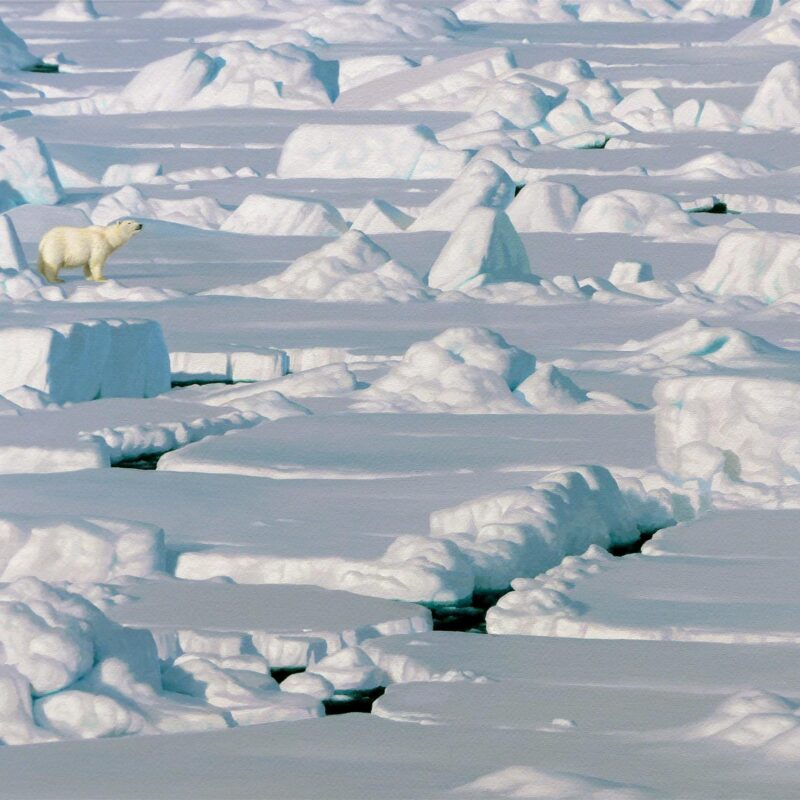 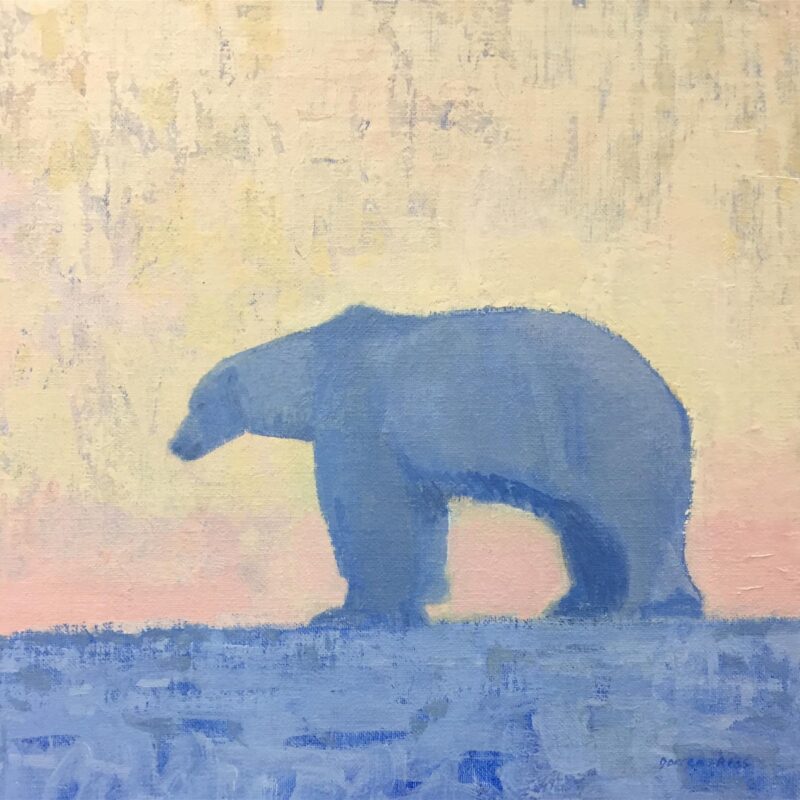 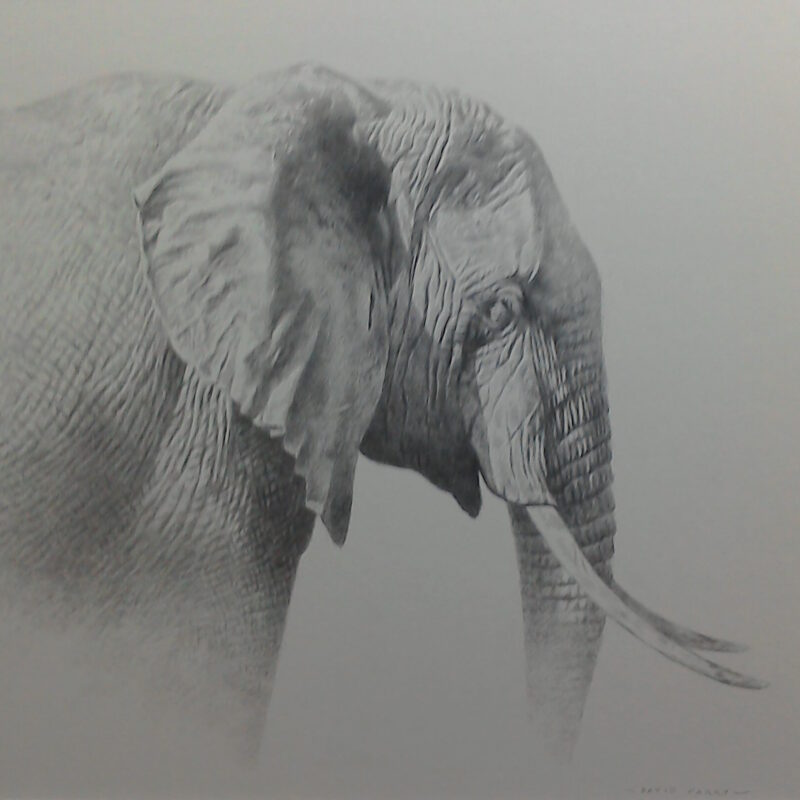 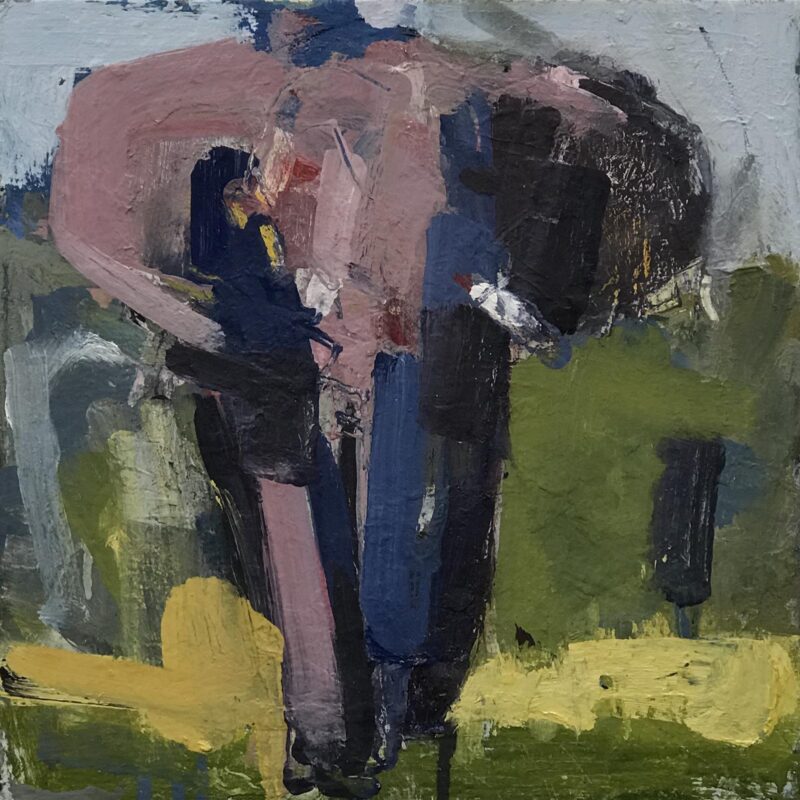 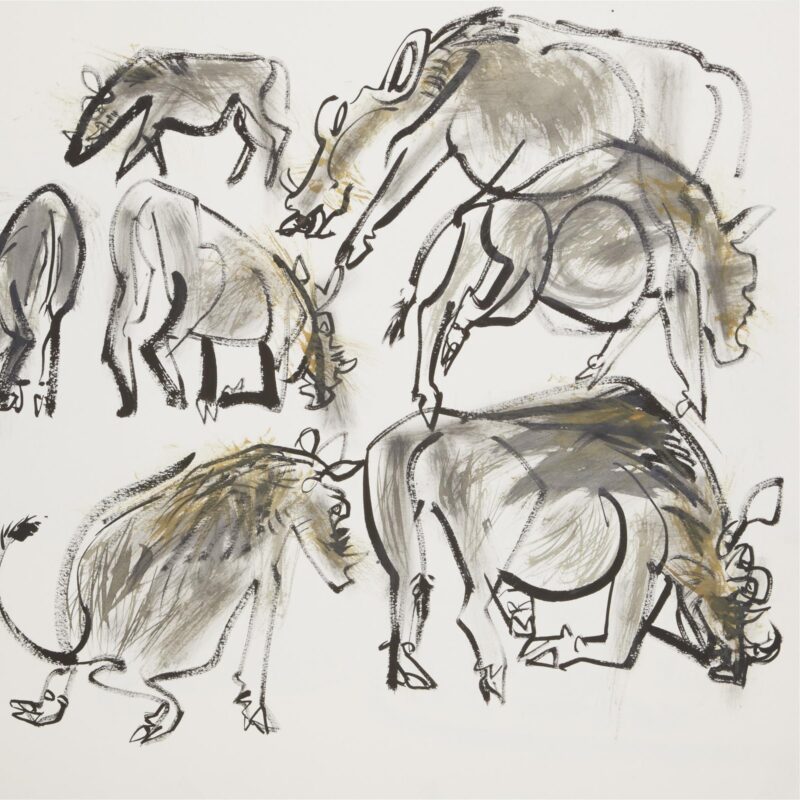 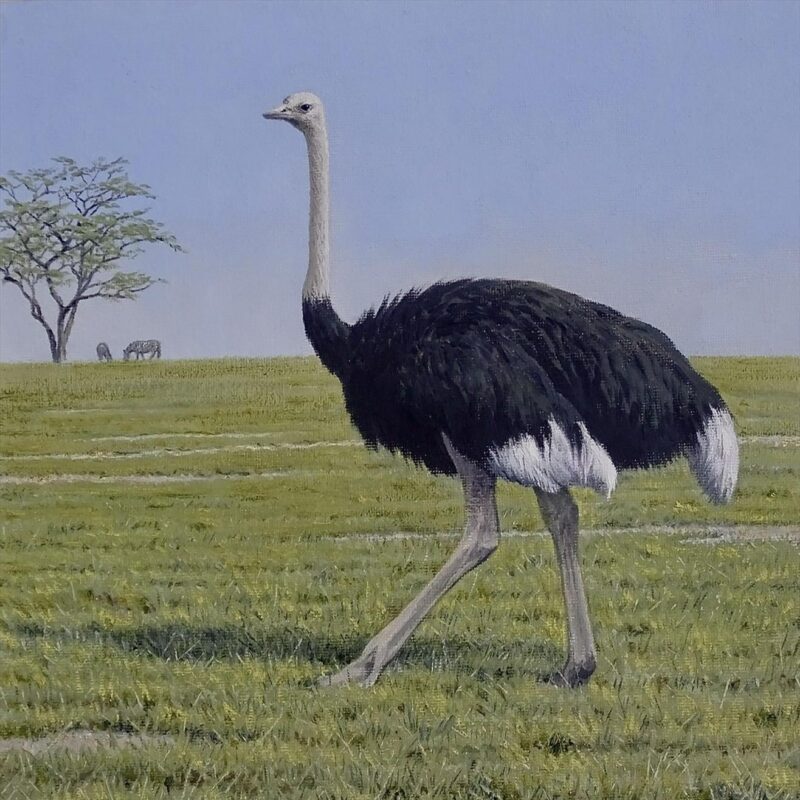 The biggest land mammal is of course the African elephant. The techniques of David Parry and John Dobbs are very different but both have created portraits of this giant. Wynona Legg was very creative during lockdown and made use of live web feeds from Mpala Research centre in Kenya. Drawing from life, albeit from thousands of miles away, has given energy and vibrancy to her lovely drawings. Another African species and the giant of the bird world, the ostrich, has been depicted in detail by Simon Turvey. 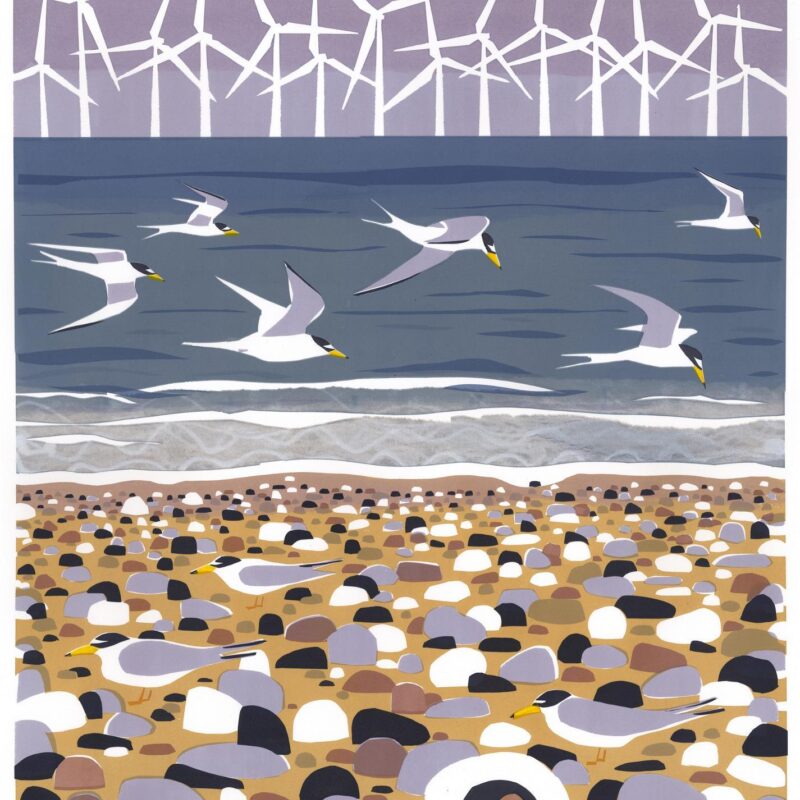 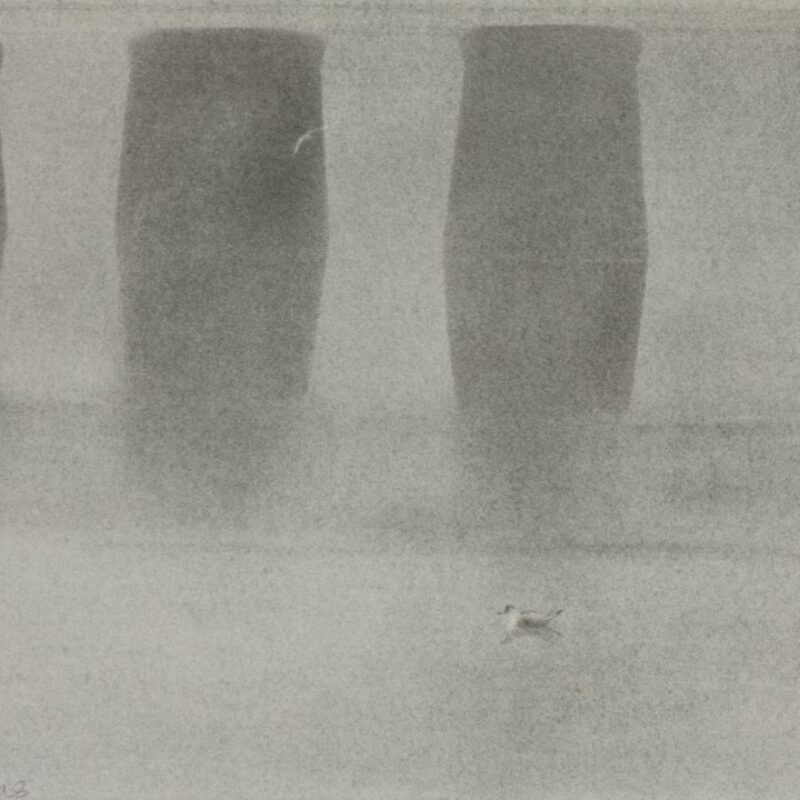 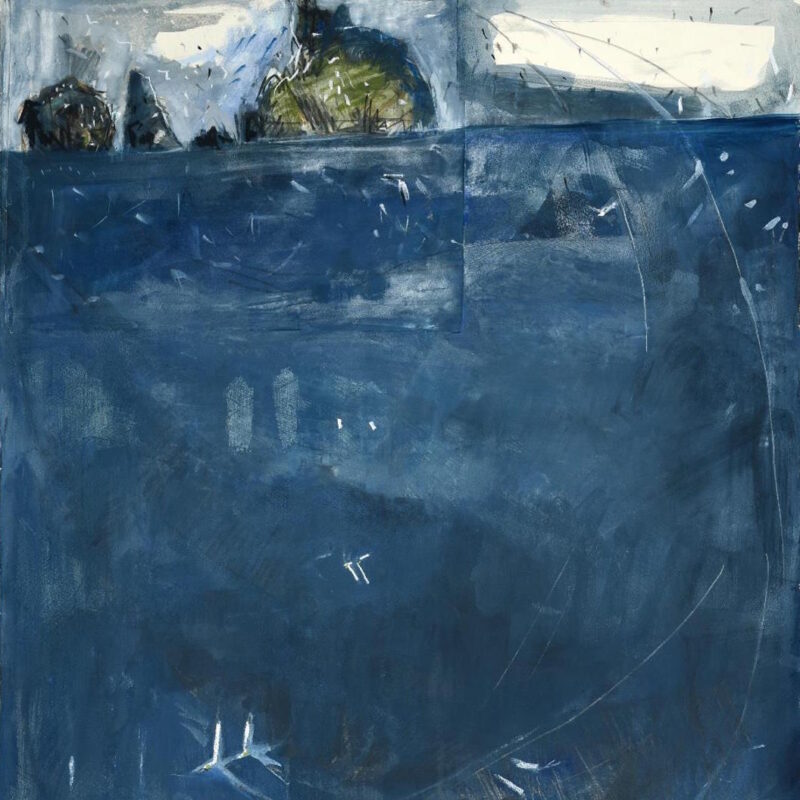 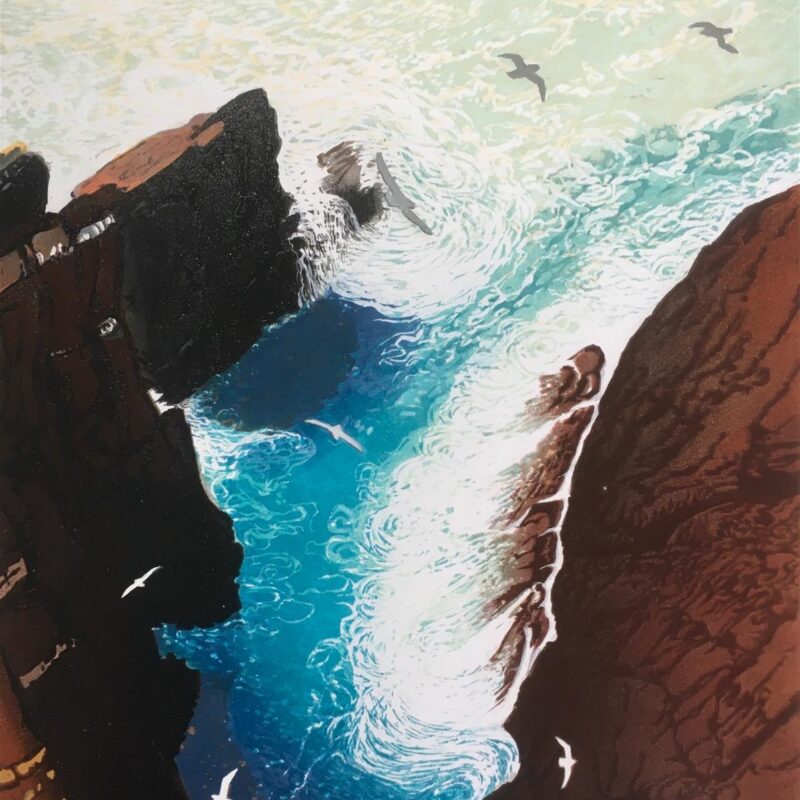 Carry Akroyd, Fiona Clucas, Kittie Jones and Julia Manning have been looking at landscapes closer to home. Both Carry Akroyd and Fiona Clucas have included huge man made structures in their work giving context to the wildlife that they have seen. Kittie Jones and Julia Manning have captured the epic coastal habitat of our seabirds and given an impression of the land meeting the sea.

Finally thinking big can mean a big painting. Rachel Lockwood has painted this wonderful canvas of spoonbills measuring an impressive 120 by 150cm. Like so many of the works in this year’s exhibition it is sure to make an impact.

The Natural Eye runs from 28 October to 8 November view works or book a ticket to visit the show here.